I’ve been on a social media hiatus for the last couple months. It’s felt good to keep my life to myself for awhile but I’m ready to share again. It’s been a crazy year so far and I’m excited to share a few moments and thoughts. Highlights from 2018 so far: Our work for Airstream was selected as a feature for the Brand Film Festival, I hosted a panel discussion at The Wright with some of my heroes including Semi Rad, Mary Anne Potts, and Aidan Haley, a hut trip in the Elk Mountains, a knee surgery, a Japan trip, Powder Week in BC, and plenty of The Public Works Shoots including: Spyder, Smartwool, K2, Airstream.

In an effort to make these emails (slightly) shorter and more digestible, I’ll limit it to a deeper dive into a few adventures instead of chronicling every one. I’d love to hear everyone’s thoughts on this.

Currently on the calendar for the coming months: A Europe trip with The Public Works for Avalon (Budapest to Vienna), EO, and Frank Bonanno’s show Chef Driven, climbing in Cuba, biking in Oregon, skiing New Zealand, and sailing in Greece.

The BFF showcases the year’s most artistic, creative and innovative branded content films from You Tube videos to long-form documentaries. The event, where Hollywood meets Madison Avenue, honors a new generation of marketing/brand storytellers while rewarding the brands, agencies and craftspeople leading the way in their fields.

Our work on Airstream Anthem Creed was selected as a featured film. It’s the first award I’ve been involved with as a Director and I couldn’t be more proud of every member of The Public Works team for getting us there.

Japan is one of my favorite places on earth. I’ve been lucky enough to return a handful of times and experience it with skis, mountain bikes, road bikes, chopsticks, and sake glasses.

I’ll share an excerpt from my first trip to Japan in 2011 on assignment for The Ski Journal. It’s interesting re-reading that story after many years and subsequent visits.

“Japan was a dream. Past, present, and future blending together in one indecipherable mix of moments and tiny discoveries. It was a place always cemented in my conscious as a dream destination by the ski media, Sophia Coppola films, and Murakami novels.  Being there felt ephemeral and dreamlike, each moment passing too quickly before my eyes and remembering the trip feels like grasping at the strange disconnected details of a dream slipping away by the moment.

I need to go back. Two weeks in Japan is a tease, bait for those willing to dive into the unknown. Around every corner was a surprise, a peek into something new and unexpected, an invitation to explore but there is never enough time for exploring.  Such is the nature of traveling through a strange and distant land where even the most daily and mundane feels worthy of study.” 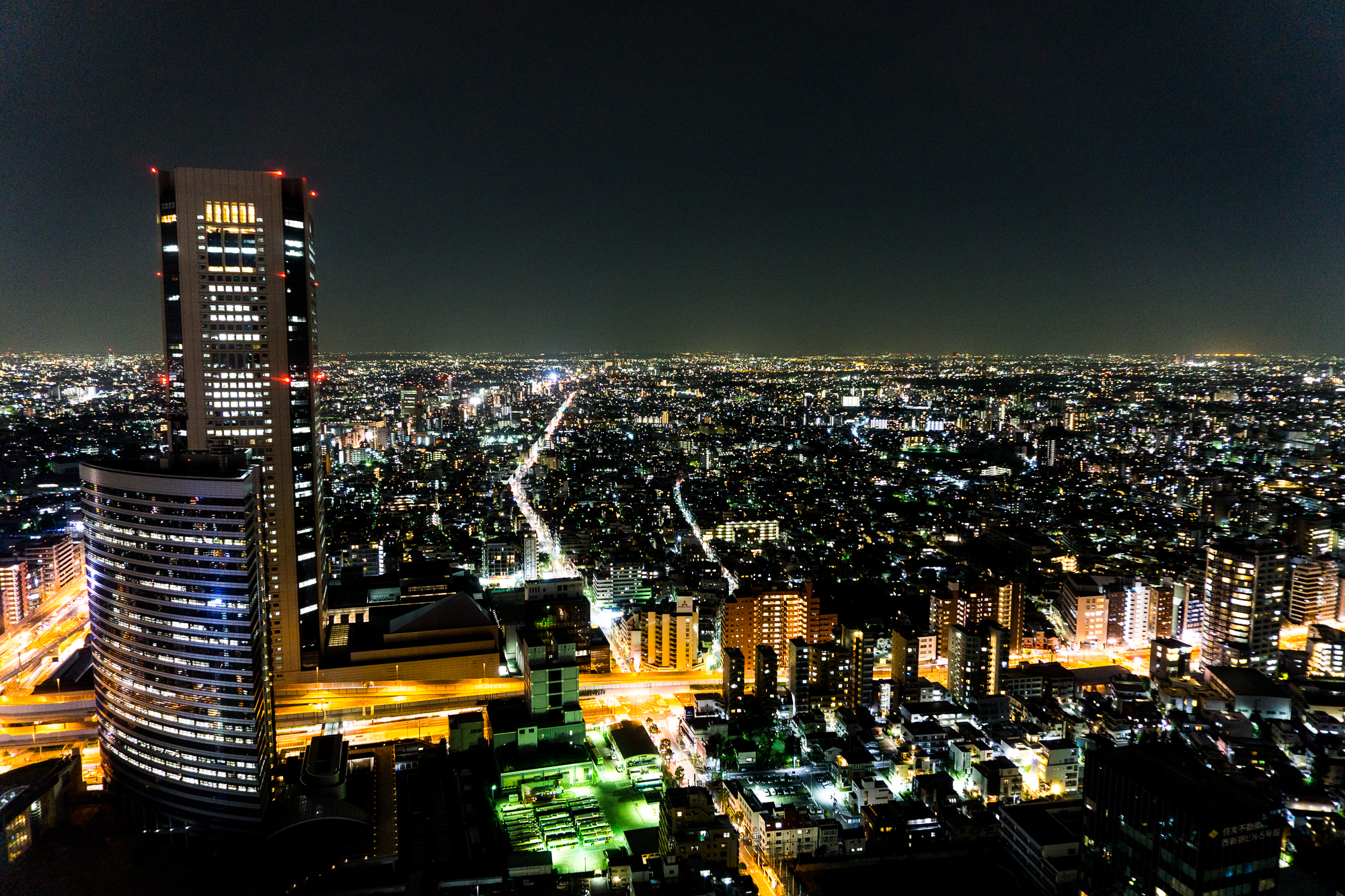 “What have we done!?” was Brittany’s first reaction to this view. I’m not sure what to think when I look out on a cityscape like this, especially one so endlessly sprawling into the horizon. It’s hard to understand the scale of Tokyo even from this vantage. It’s hard to know what to think of the millions of minds and bodies coursing through this landscape of concrete and steel.

Stacy Bare… What a human. Stacy and I traveled all over Hokaido together. In a dozen plus hours in the car we never once turned on the radio or music. Stacy is a beautiful soul with several lifetimes worth of crazy, hilarious, sad, interesting stories. I look up to Stacy for many reasons: his humor, kindness, wisdom, and his life experience, but most of all I look up to his ability to set an honorable and selfless mission for himself and then follow it through to the natural end.

Stacy Bare is a climber, skier and the National Director of Programs and Operations for The Phoenix, working to create a sober active community to help people, rise, recover, live and help move the recovery community beyond stigma.He is also a veteran of Bosnia and Iraq and co-founded the Great Outdoors Lab (GO Lab) in 2014 to put scientifically defensible data behind the idea of time outside as healthcare. Stacy is a 2014 National Geographic Adventurer of the Year & the 2015 SHIFT Conservation Athlete of the Year. in 2015 he launched Adventure Not War to return to all the places he fought, cleaned up after war, or was supposed to fight as an adventurer. In 2015, he partnered with Alex Honnold in Angola and In 2017 he and two fellow veterans completed a first ski descent of Mt. Halgurd in Iraq.

Stacy’s great aunt, Mildred Brodt, served the US Army in South Pacific, with MacArthur and at NSA. We were able to Skype her from a National Park in Hokkaido and hear her stories about living in Japan after World War II when non-military foreigners weren’t allowed in the country, Tokyo was destroyed, and we were working toward reconstruction of the country our current allied relationship. The look on her 99 year old face when she realized we were talking to her from Japan was priceless. 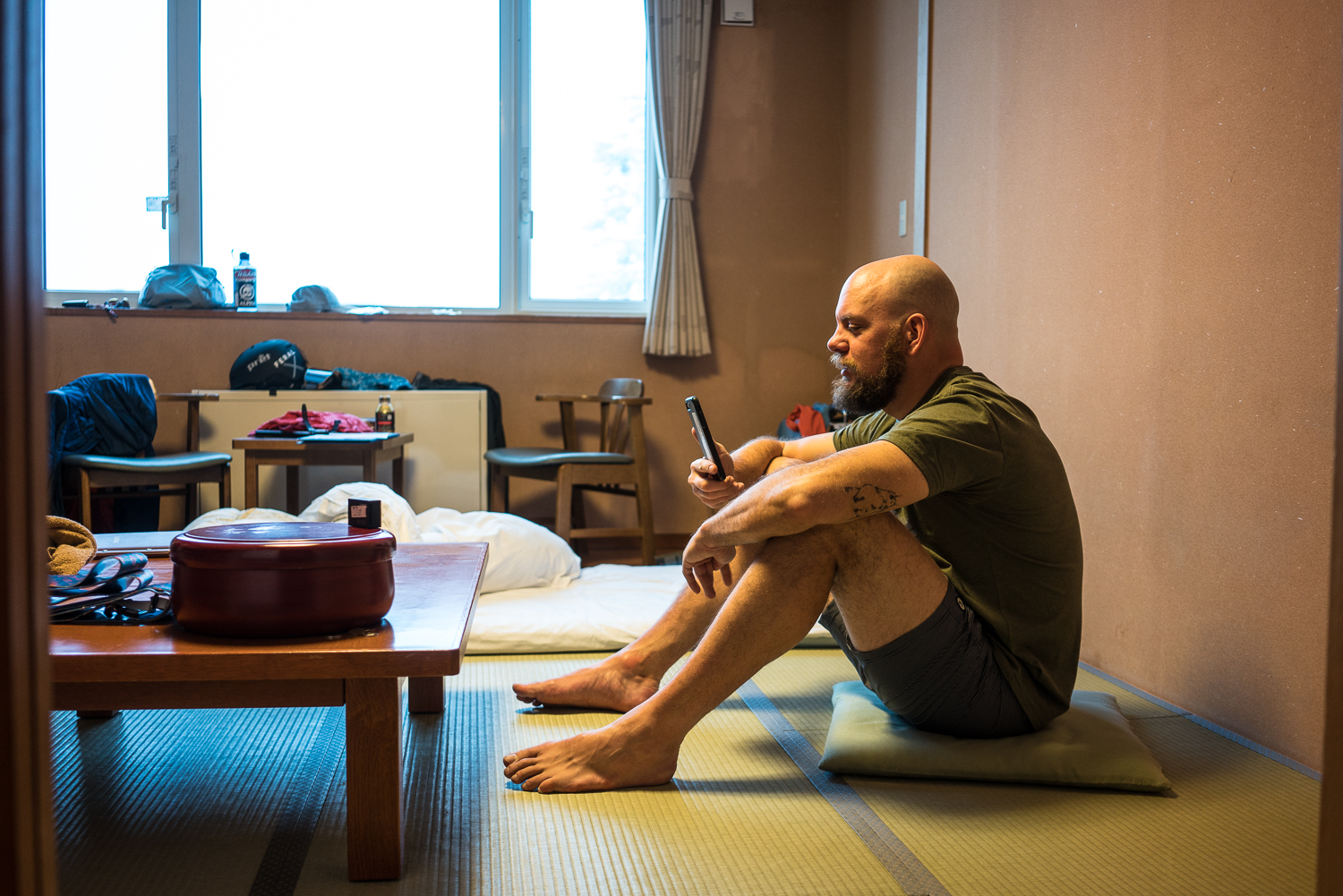 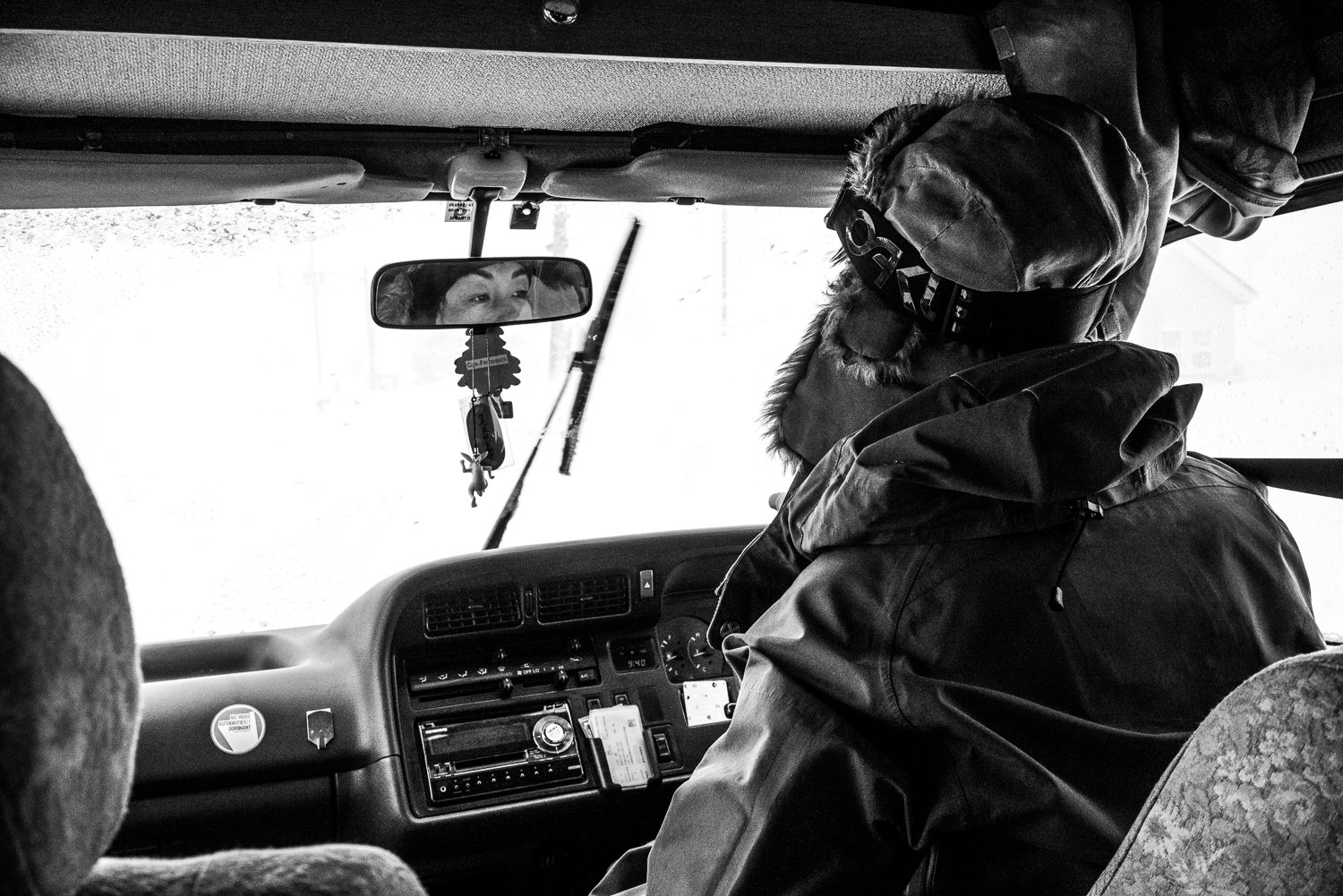 After hanging with Stacy and capturing a little content for Adventure Not War, and shooting photos for Fischer Skis, my only plans were

“find the snow and let the rest find me.”

I got lucky and was introduced to Taru. On first meeting and with very few words exchanged Taru handed me the keys to his campervan (pictured), pointed to the location of his “hostel” on a map, and gave me a thumbs up before walking away. I drove that campervan solo listening to his only CD (Japanese Reggae) on repeat through intense mountain storms. I wound through deserted snow-packed roads, with no cell service or google maps and near zero visibility for hours. I couldn’t have been happier. 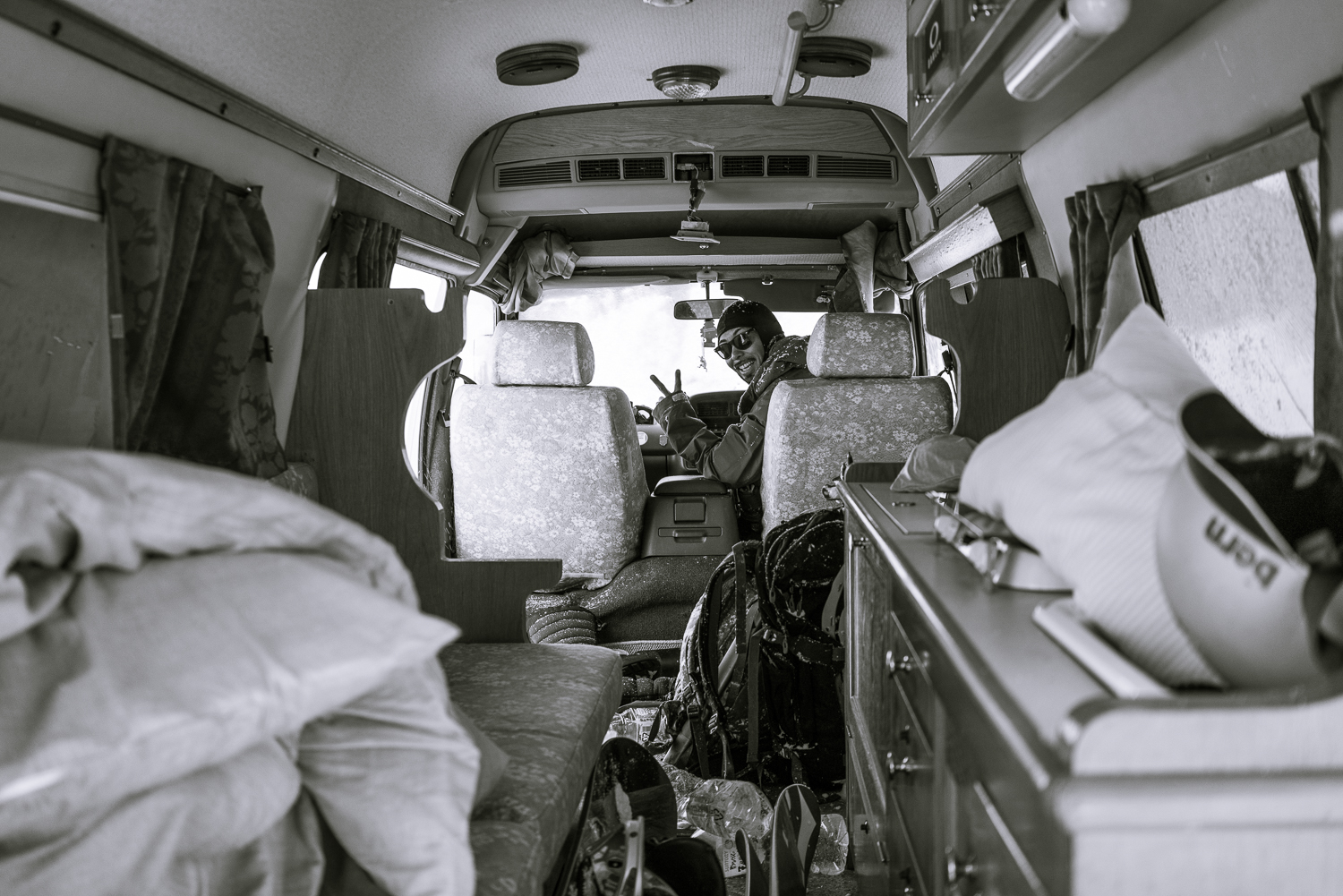 I spent the next 3 days listening to Taru and his friends banter in Japanese. We slept in adjacent rooms, shared communal hotpot meals, went on backcountry adventures and found pillow lines (that I NEVER would have discovered alone), soaked in local onsens (nude non-co-ed natural hotsprings) and drank copious amounts of beer and whiskey together. 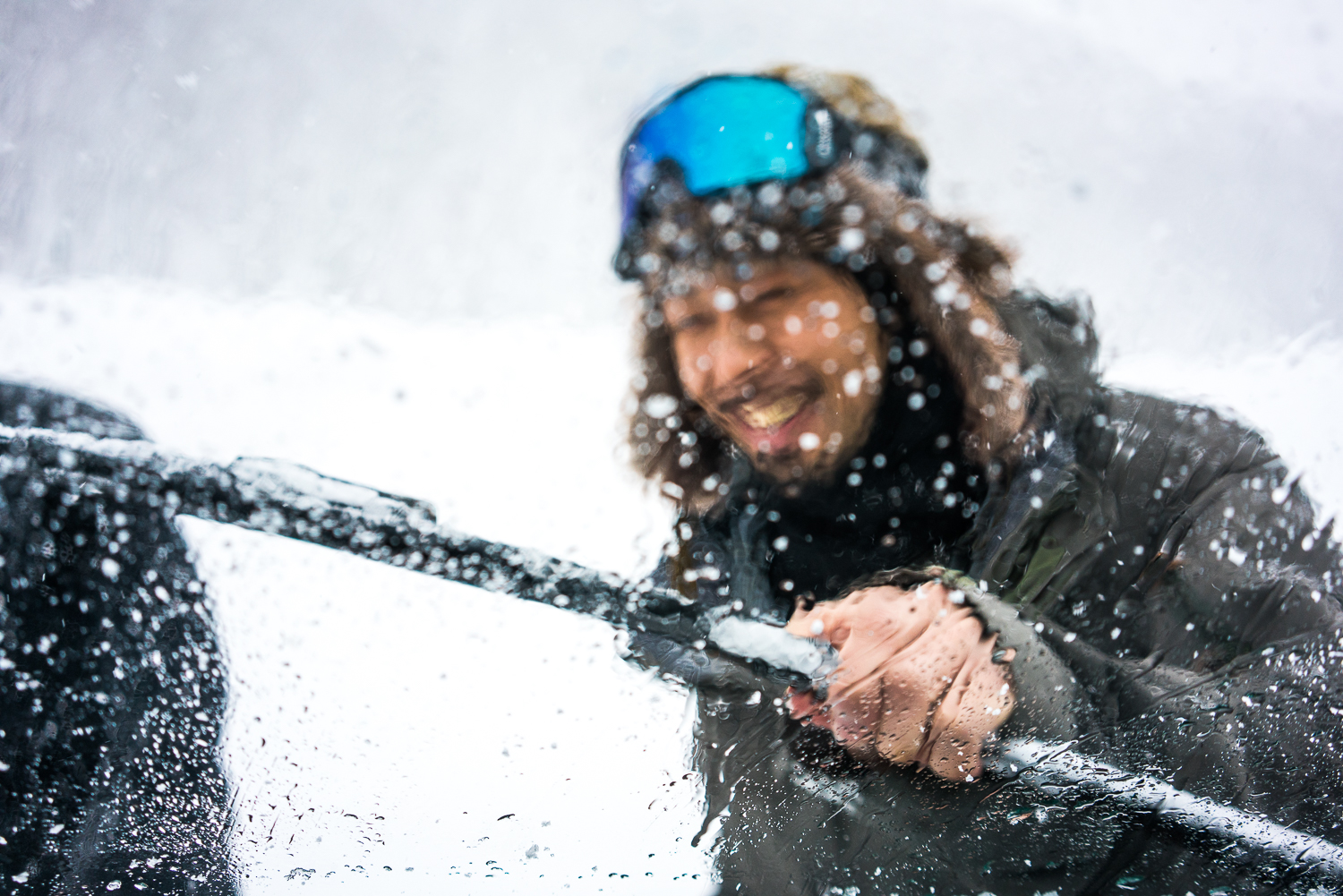 Turns out Taru is an ex pro freeskier. His claim to fame is beating Candide in a big air comp in the early 2000’s. Our only verbal communication was name dropping mutual ski industry friends. Our real communion was giggling over face shots and pillow lines, clinking glasses, lighting spliffs from his natural outdoor stash in the mountains, and sharing meals and cooking duties. 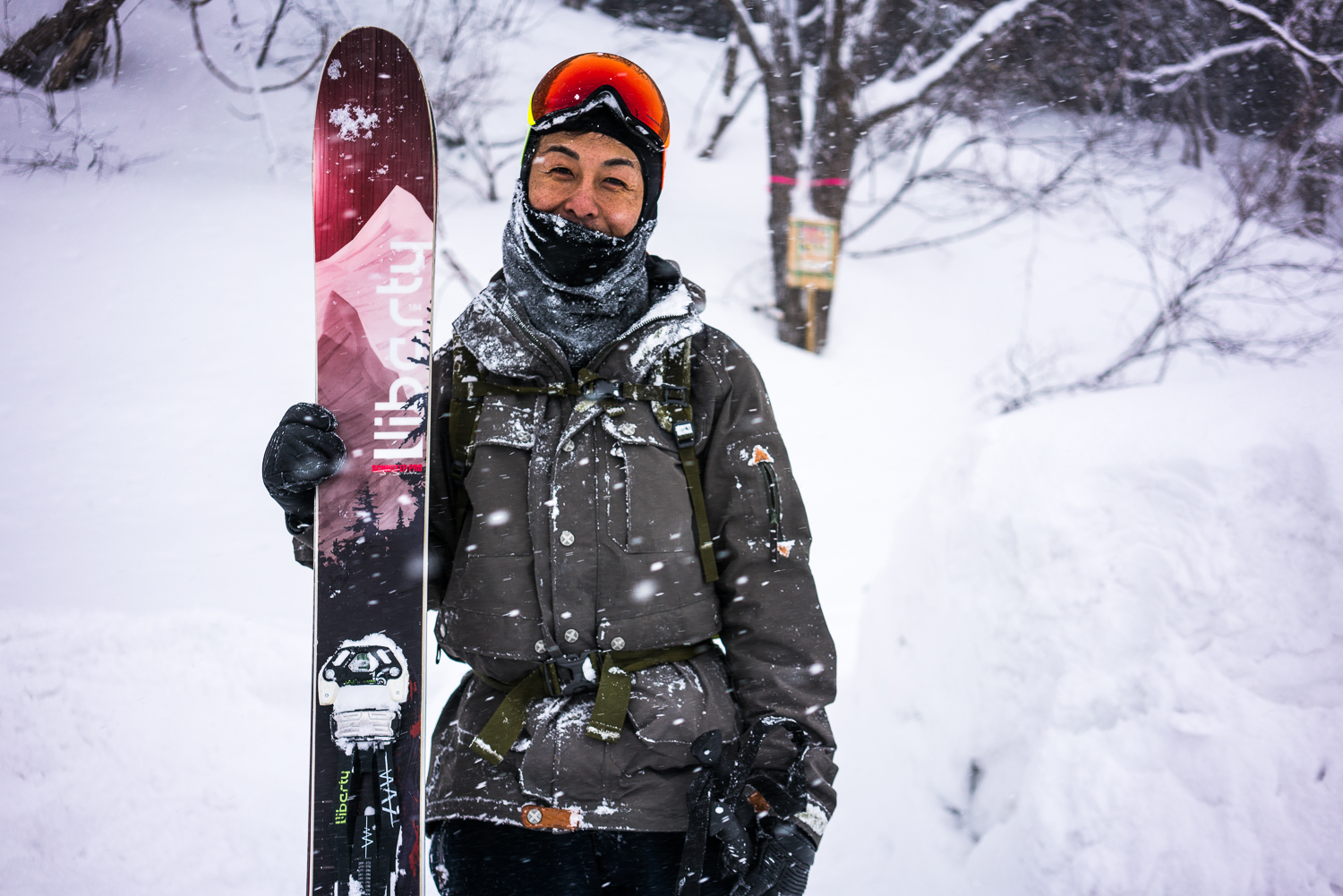 The Japanese Crew. All smiles, spliffs, flasks, and faceshots. 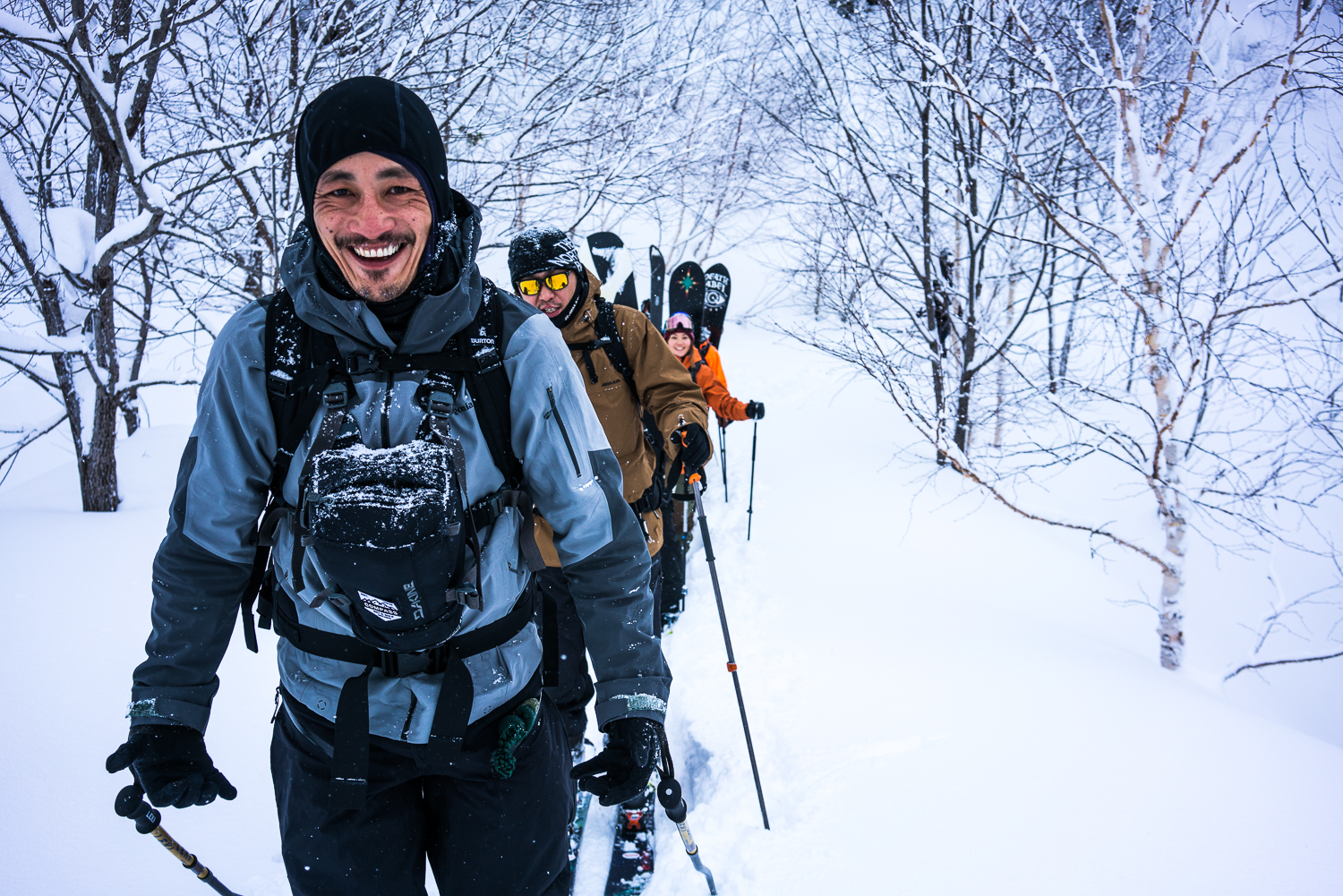 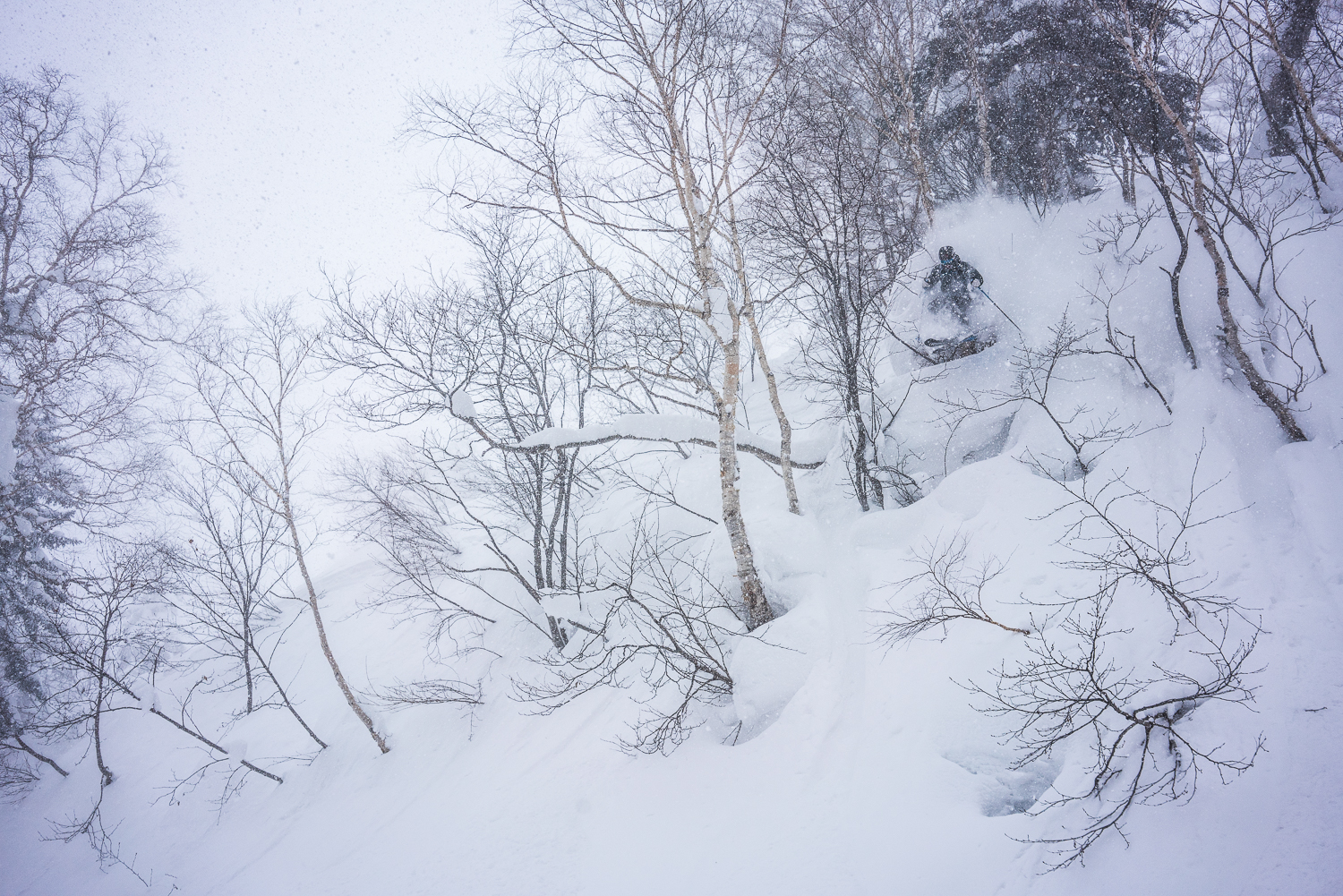 Shooting and shredding with Fielding Miller and Baker Boyd. 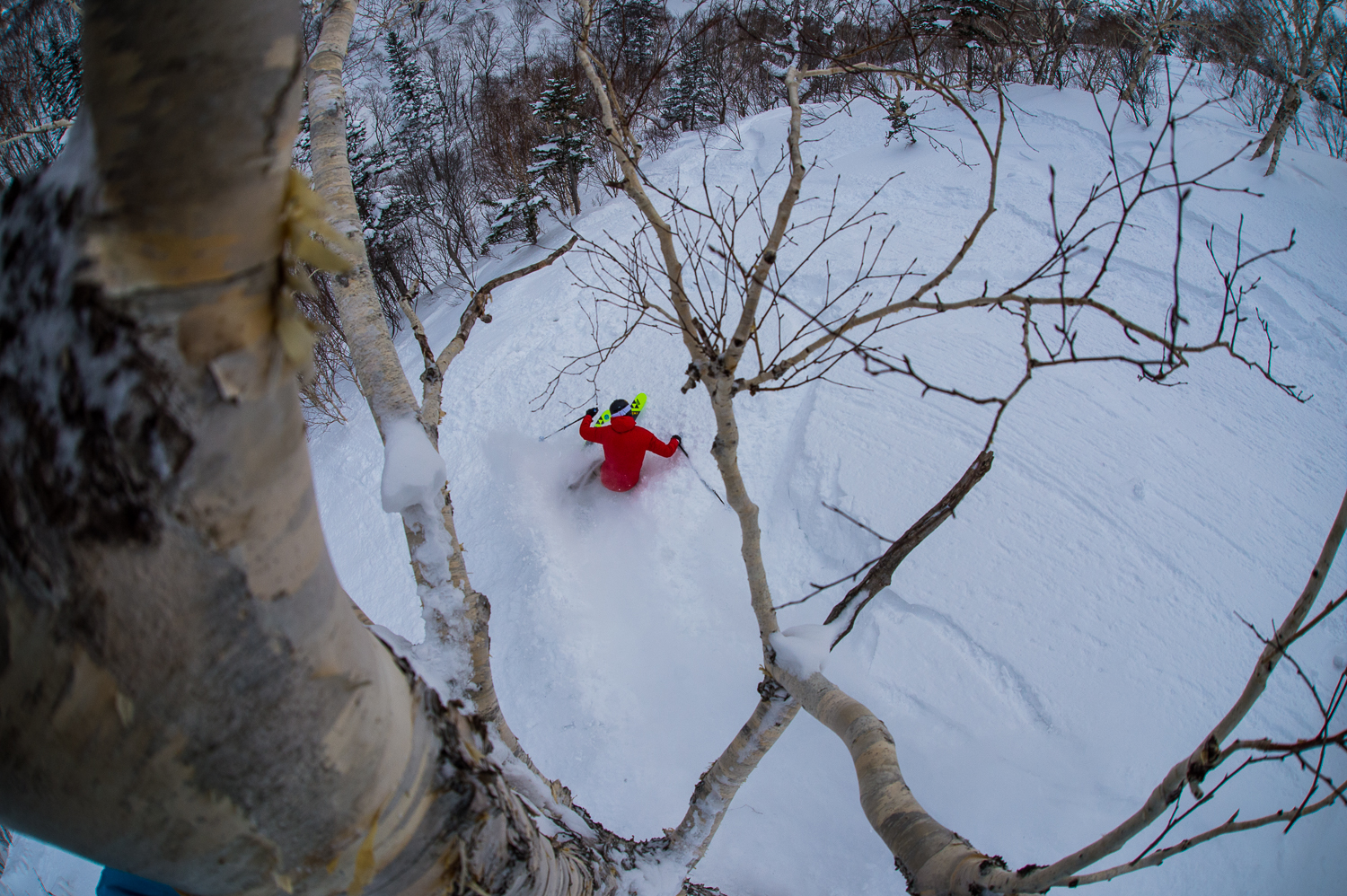 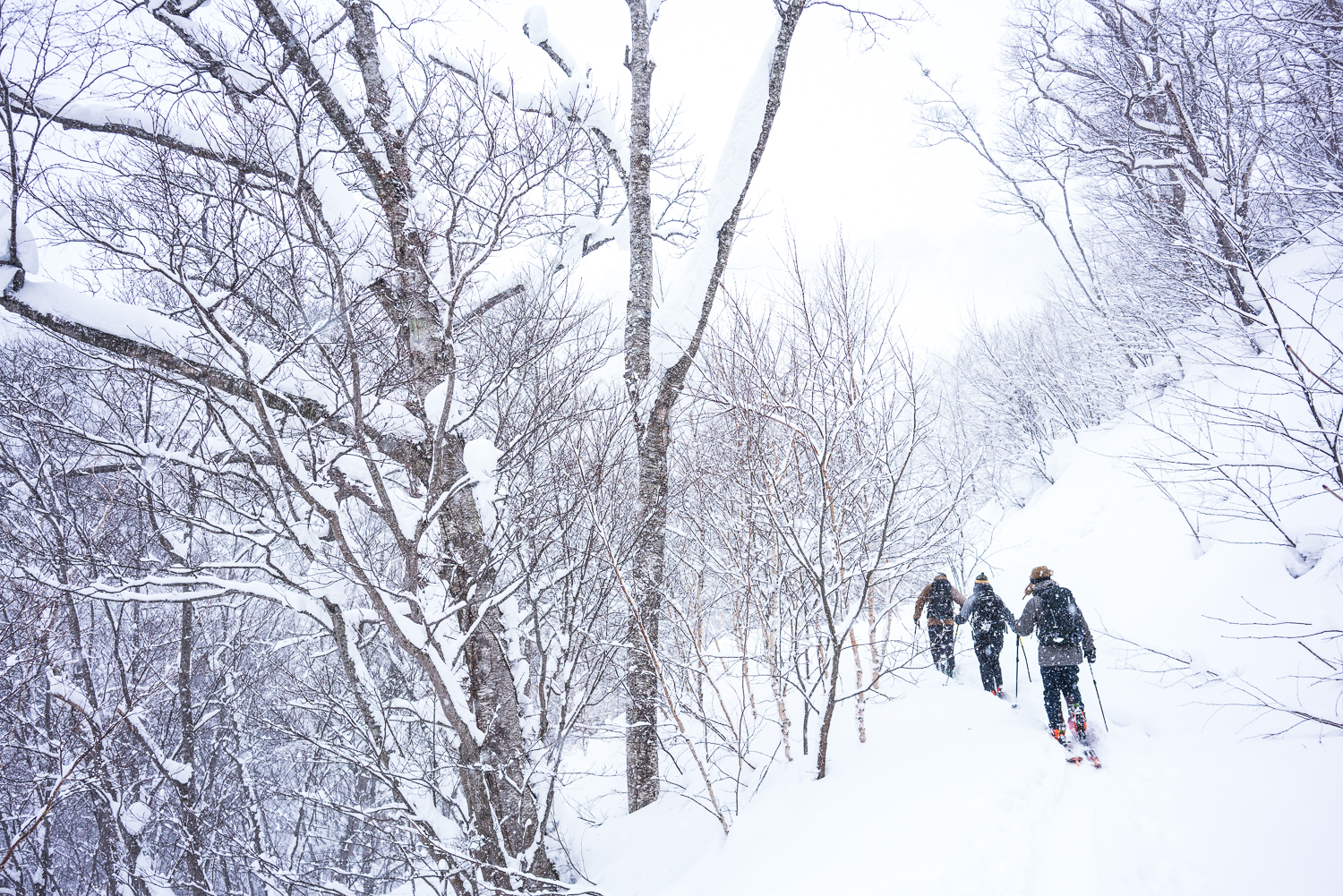 Tour with Taru and crew

Journal from most recent Trip
[2/7/2018 – 3:42pm Train from Sapporo station to Funano]
As I move though foreign lands I feel an compulsion to capture. I feel like I’m failing my privilege if I let it pass by. I know too well the limitations of memory and how the experiences will slip like grains of sand through my fingertips. I might retain a residue, some essence of what was there, but the grains will be lost forever, washed away by the river of time. I know nothing lasts. I know nothing is wasted. Yet I cannot help the feeling of failure for every moment that slips by in the this beautiful life, in this strange land (that gets more familiar and western by the day).
–
Soon there may be a time when some kind of cultural entropy (maybe that’s what globalization is) will sweep away our beautiful differences. The distinctions and tiny epiphanies brought about by otherness would be an unspeakable tragedy to lose. We will all become one world, one collective unconscious. It sounds utopian. The problem is, at least when looking at our own culture, that homogenization seems to be a great dumbing down. I would say a retreat to the middle, but nothing seems to be rising. Even if the world somehow came to a universal cultural resting place that was palatable or maybe even positive… how fucking boring.
–
I love Asia because of its unavoidable otherness. Our world often feels too small to me; too accessible and familiar. Coming to these places provides a kind of piece of mind that millions of people, billions actually, are unaware of my existence. They are, and always will be, utterly unaware of anything that really matters to me. Yet they seek the same basic things from life. That is beautiful.
–
The dense urban stacks have given way to open space. Farm houses sit in vast fields of white. Foothills have appeared. The hills are carpeted with a fuzz of birch trees. Amongst the hard lines of cement, brick, and wood houses appears a single sweeping roof from an old temple. The curvature is a relief to see. A holdout from a bygone era.

I’ve come to love the desert. It will never surpass the moutains as my perfect place, but I’ve discovered and fallen in love with its own special character. Another beautiful The Public Works / Smartwool shoot. 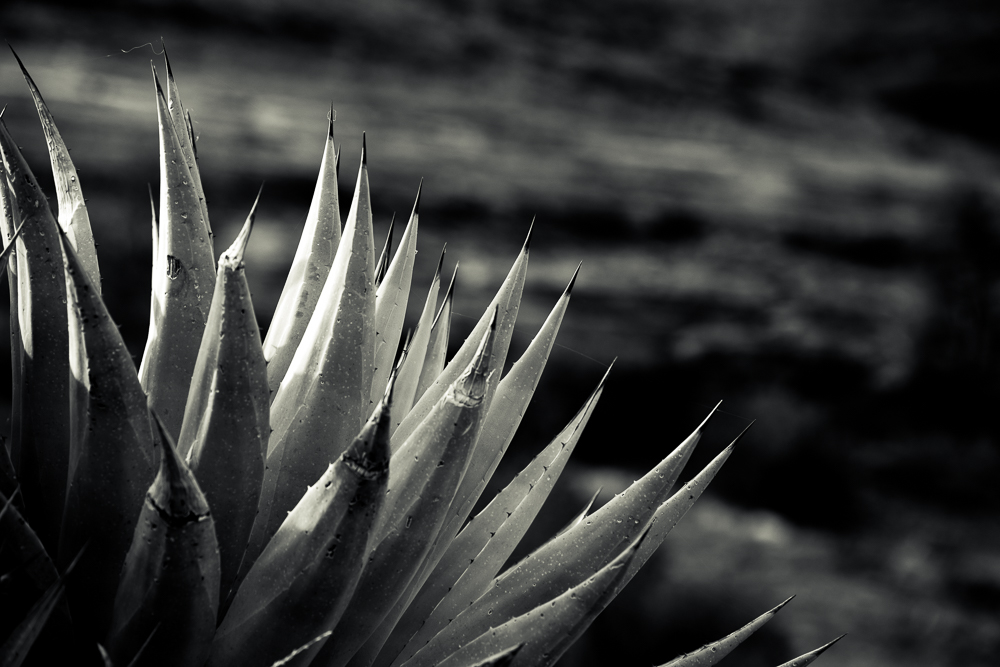 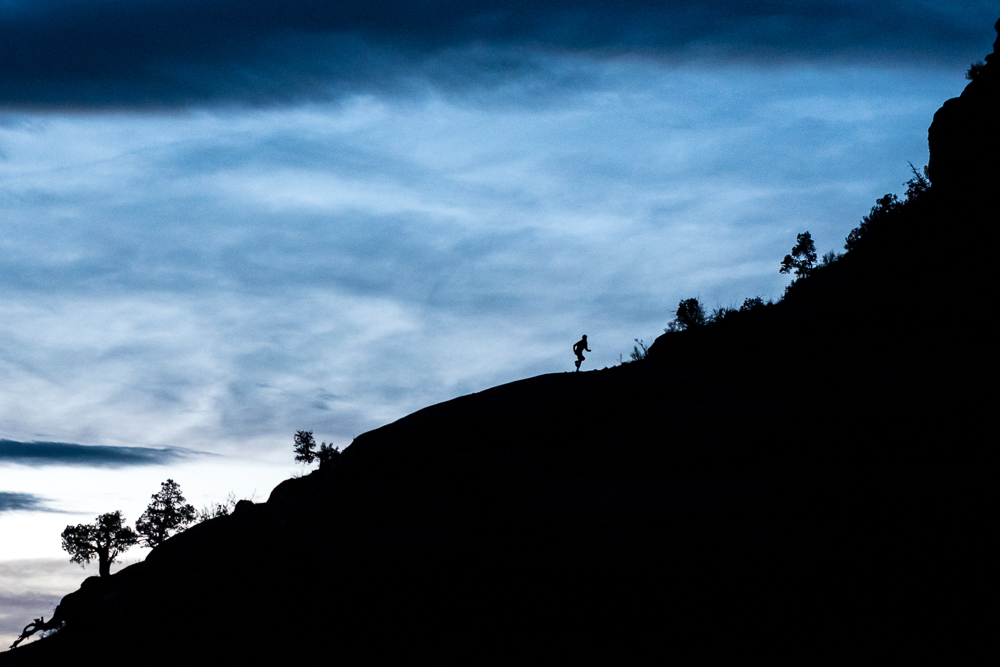 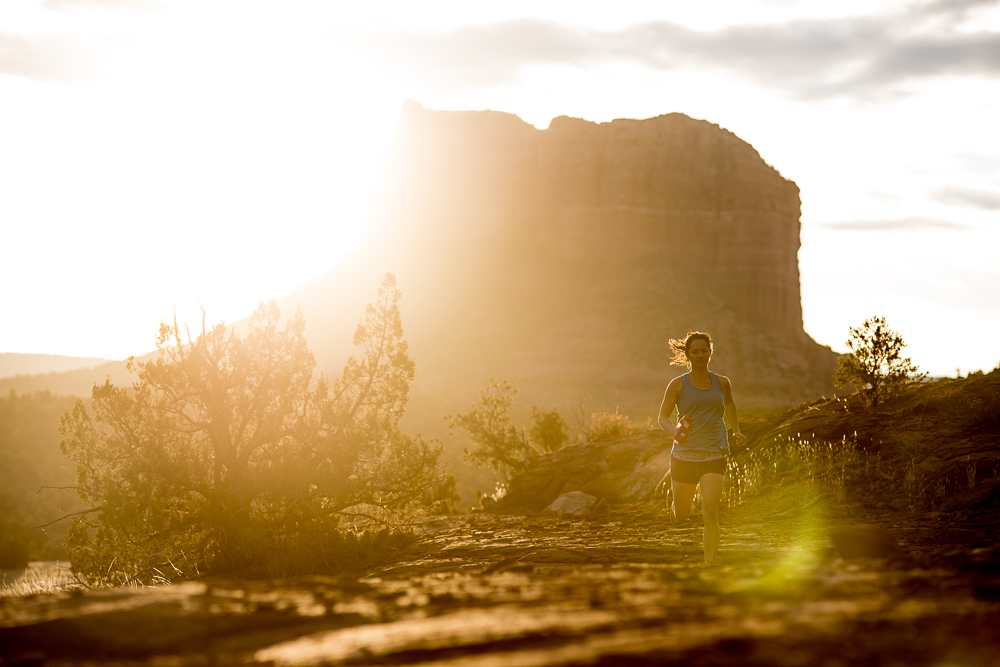 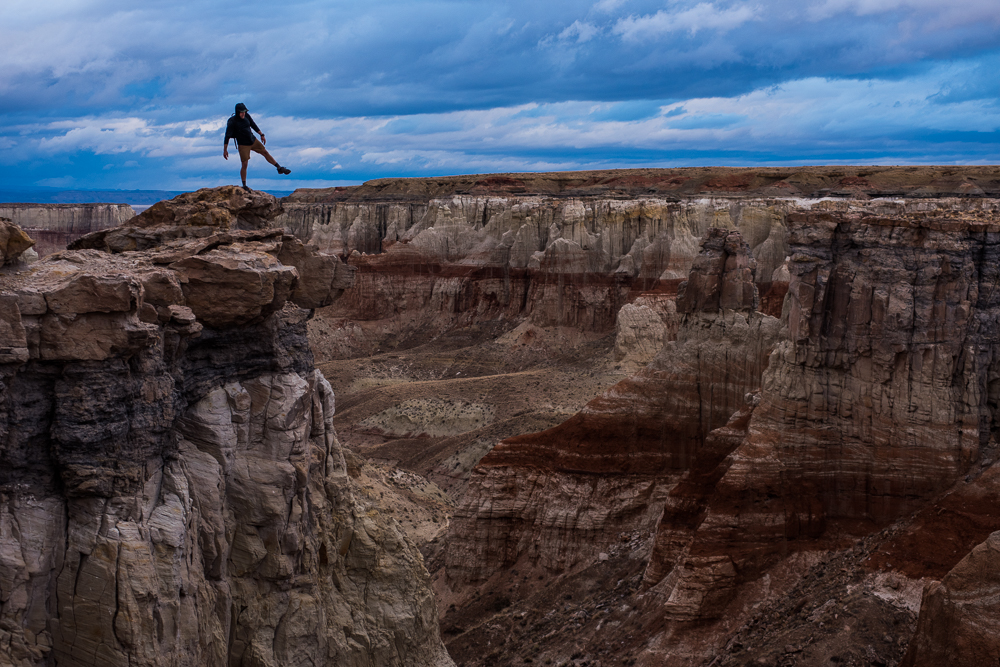 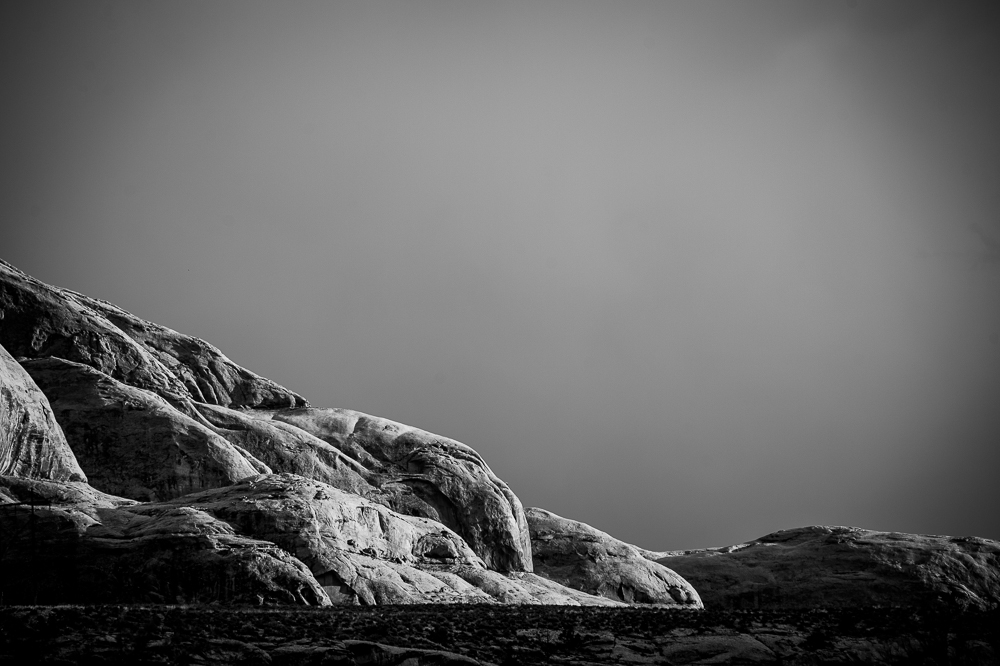 If only more of life could be like a hut trip. Unplugged from devices, tuned into the cycle of the day, the mood of friends, snow, weather, and our own bodies. Eat when you’re hungry, sleep when it’s dark and the whiskey is gone. Music, laughter, skiing, and working together to keep water melted, fire hot, and the fondue pot melted. Thanks friends for enjoying the important things with me! 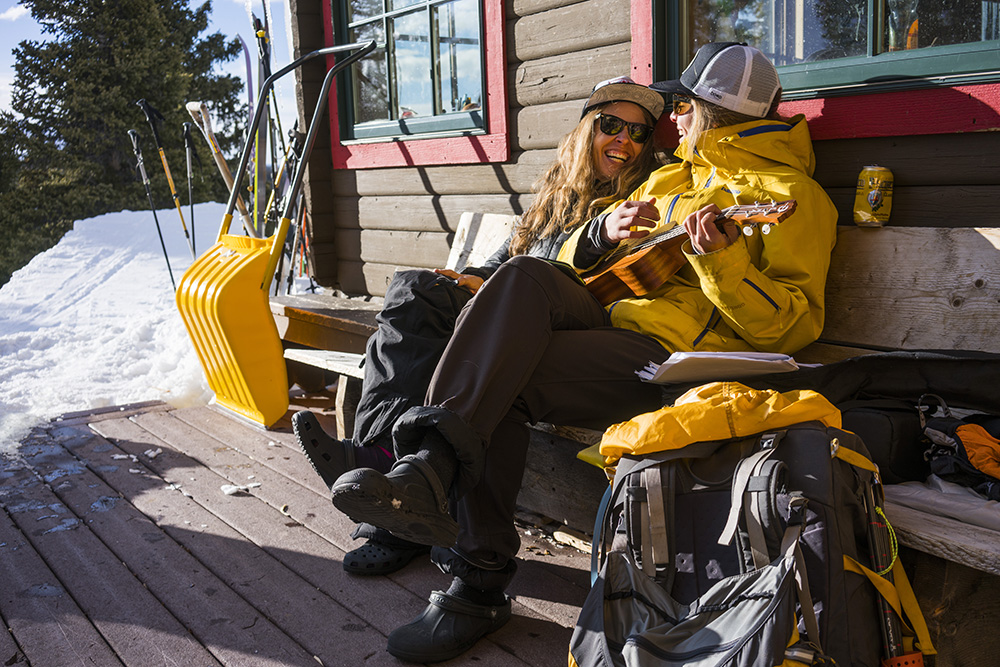 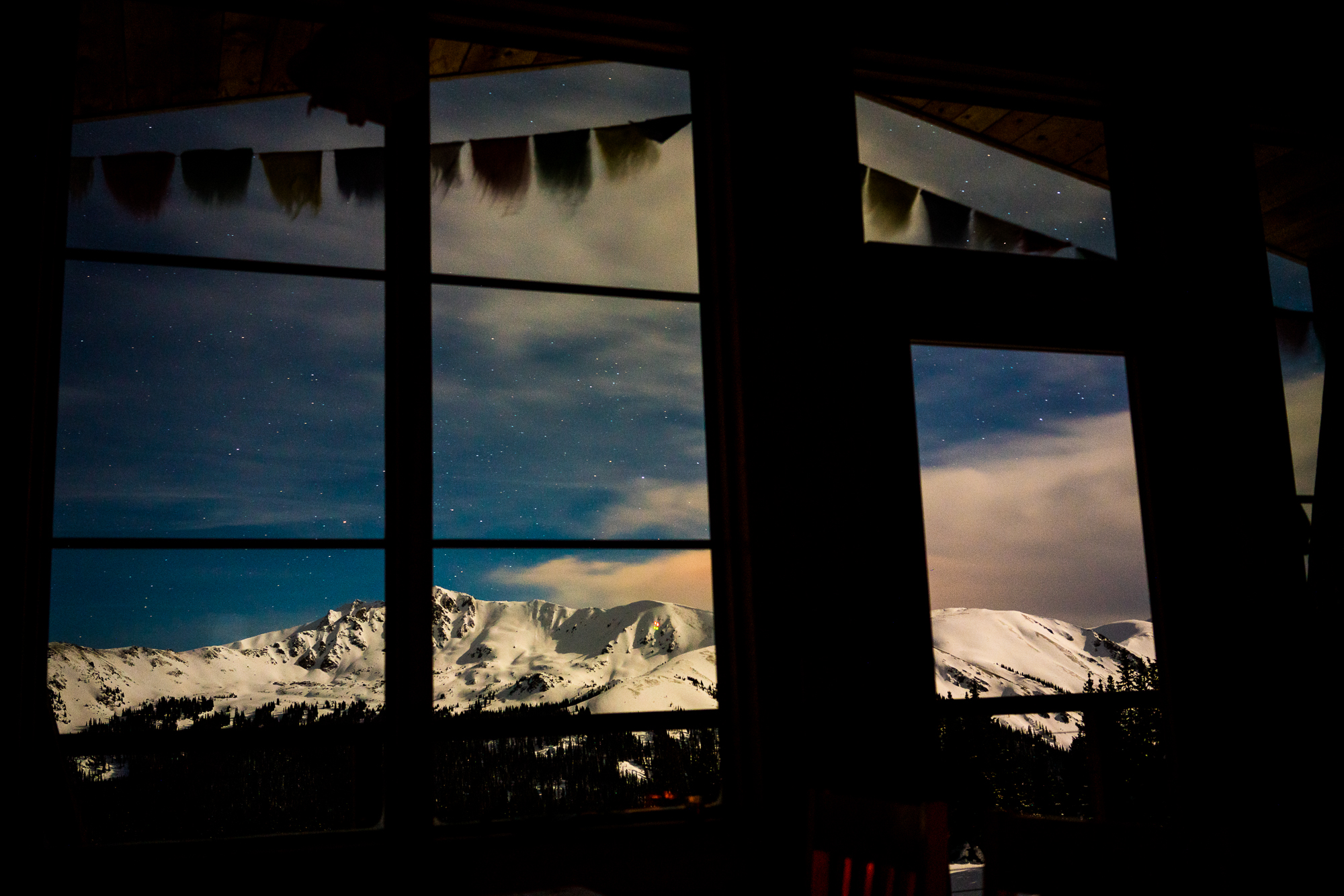 These books by Cixin Lui came into my sphere of consciousness enough times, recommended by people I respect, that I couldn’t ignore it. When I saw that Obama had read the entire trilogy during his presidency, it was the final straw. I jumped on Amazon that day and began my journey through the cosmos.

Enough people have written reviews of The Three Body Series that I will simply say that I enjoyed every moment of this journey. To anyone even casually interested in space, physics, SETI, or the future of human civilization… These books are epic and I highly recommend diving in!

This is one of my all time favorite mini docs. I’m going to do my best to share something that truly inspires me in each of these emails. Since I just had the pleasure of hosting a panel with Brendan Leonard, one of the creators of this piece, I thought I’d choose this. It’s beautiful. Enjoy.