It’s finally starting to set in. We’re at almost 2 months of home time and something is starting to creep in. Restlessness? Boredom? Alienation? It’s subtle and certainly eclipsed by all the positive lessons, but I think we can all feel the girders of sanity creaking just a little bit.

So far, our saviors have been time outside (we’re lucky enough to have some access), forward motion on home projects (we built raised garden beds this weekend), the glut of good content and art available to consume (right now we’re watching Mr. Robot again. Sam Esmail and Rami Malek are genius), cooking every meal (how are there still more dishes?), and trying to find the balance of productivity and stillness.

Though I have plenty of dread-inducing concerns about our current state of politics and our bitterly divided post-fact world (I’ve quit Facebook cold turkey. Four days in. Check back at the end of the week.), I’m heartened by the fact that so many in my sphere are learning these same positive lessons. The resurgence of bread making and gardening are both heartening trends on a national scale. Never have I felt more unsure of exactly what the future holds which probably means I’m more in touch with reality than ever. 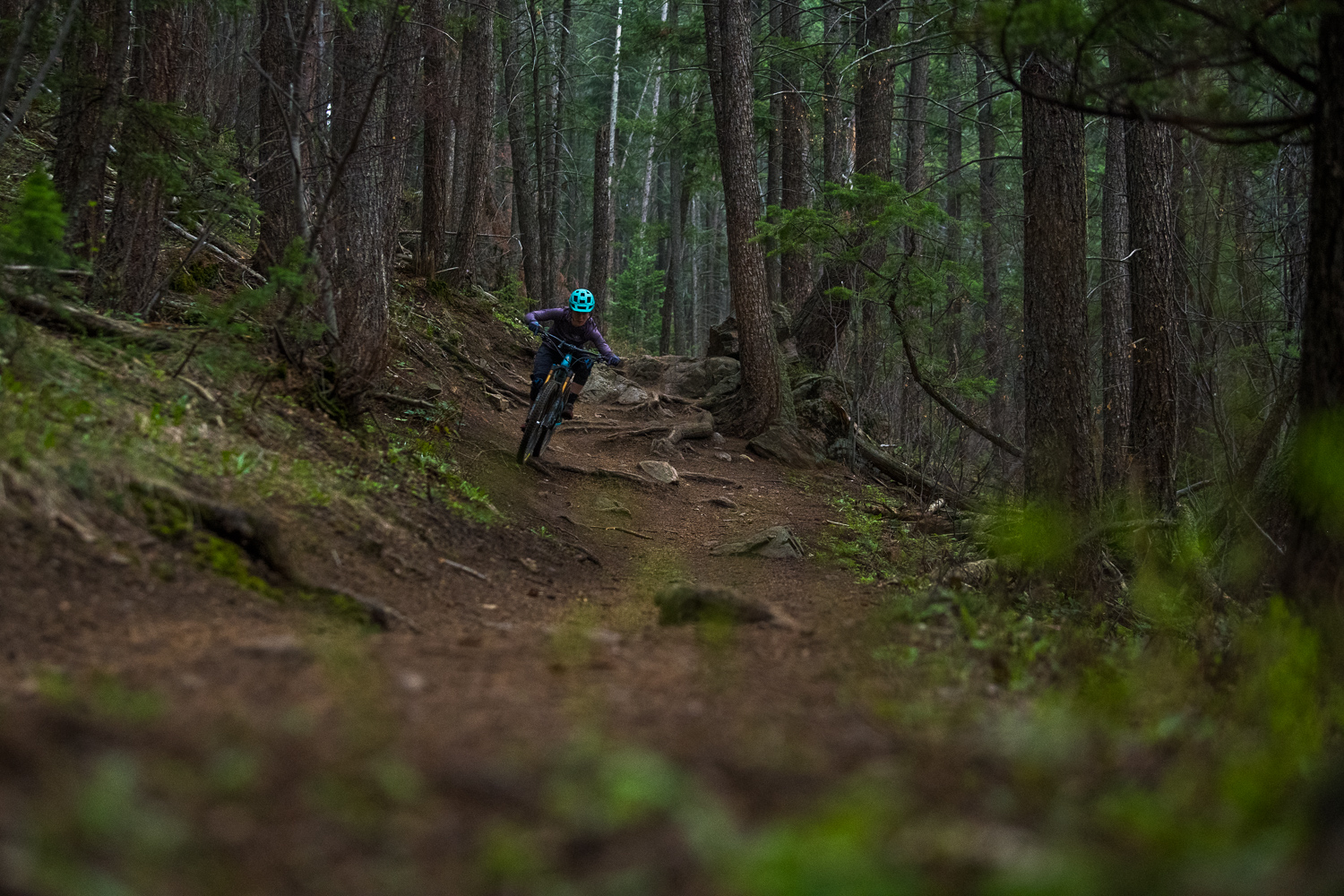 Enjoying our extremely fortunate backyard access for a little photoshoot. Brittany Greer on her Yeti steed. More on this in next email blast.

I’ve always been a huge believer in voting with your dollars. I’ve made major life changes based on my belief that this idea has the power to change the world: I stopped buying/eating meat if I don’t really know where it comes from and I try my best (though I often falter) at supporting local and small businesses instead of massive corporations. I think that a world with diverse small businesses that can afford to stay alive is a better world. I don’t have any illusions that my personal actions are changing the world in any substantial way, but I do think that our allocation of dollars is one of the biggest individual levers we posses to effect the world.

One major blindspot I’ve had in this attempt to support small and local is Amazon. Somehow, the sneaky ease of their system created a habit of purchasing items, books especially, though Amazon when I could almost as easily be supporting local. I don’t know why it took a pandemic to realize that this was counter to my professed values. The realization also made me think of a few other items that I’ve been in the habit of buying through big box or massive e-retail that are easily purchased directly from the source. 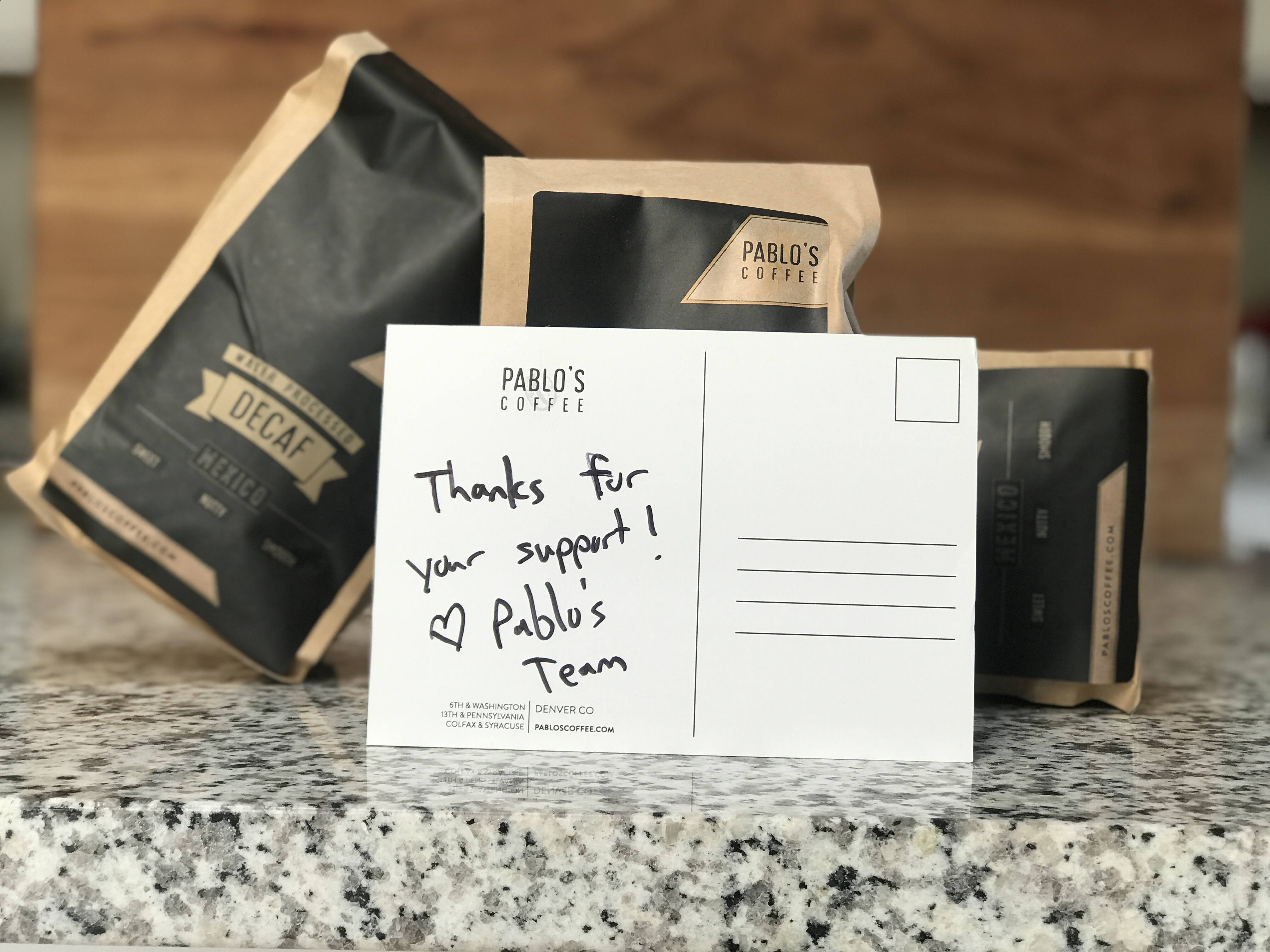 Pablos – Especially now, working from home, we consistently go through a pound of Pablos delicious coffee a week. Instead of buying it through Whole Foods and giving away a chunk of their margins, we subscribed to their coffee program.

Tattered Cover – Book stores have always been a place of refuge and inspiration for me. Tattered Cover is truly a community hub with knowledgeable interesting/interested staff, consistent quality programming, and amazing spaces in both their downtown and Colfax stores. Instead of buying from Amazon, I’ll be waiting a couple extra days for my books and supporting something I believe in.

Local restaurants – We’re still deciding how we feel about safety but it seems like restaurants still offering take-away are very cautious of hygiene. We’re just beginning to order from our favorites again.

Audio books have become a vital staple of my content consumption. Even the books I’m reading in physical form are enhanced by hearing the author’s actual voice and I’m able to continue reading as I do the laundry, dishes, long climbs on the bike, or commutes in the car.

Here are a few of my top listens in the last year or so:

Trevor Noah – Born a Crime. I’d read Apartheid books, learned about it in school, watched Mandela, had conversations with South African friends about it… but nothing has taught me more about this insane moment in human history than Trevor letting us into his life as a child and young adult under this non-sensical and brutal regime. And, somehow, despite the hellish setting… holy shit is it hilarious. Wait for the kitchen poop story and the Hitler breakdancing story. This is Trevor Noah at his best. I 100% recommend this book to anyone and everyone. This is one of those rare books where the audio version offers an entirely different perspective than the written version. Trevor’s impressions and mastery of accents and voices are too good to miss.

Ta-Nehisi Coats – The Water Dancer – This is Coates’ debut as a novelist. If you haven’t already read Between the World and Me, his memoir written as a letter to his son, I highly recommend it but it’s not required reading to dive into this story.

In an essay on race and memory, Toni Morrison wrote of “the stress of remembering, its inevitability, [but] the chances for liberation that lie within the process.” Ta-Nehisi Coates’ new novel, The Water Dancer, is an experiment in taking Morrison’s “chances for liberation” literally: What if memory had the power to transport enslaved people to freedom? – NPR

Micheal Pollan – How To Change Your Mind – I have read most of Pollan’s books and listened to hours of interviews and podcasts about this book. I thought that I got the gist of it and didn’t need to dive in and read it for myself. I was wrong. This is beautiful, fascinating, and illuminating. I highly recommend this. No matter what your stance on psychedelics currently looks like, you’ll leave this book altered (pun intended). Also, Pollan is the narrator of the audio and he’s a great presence.

A few other recent favorites: 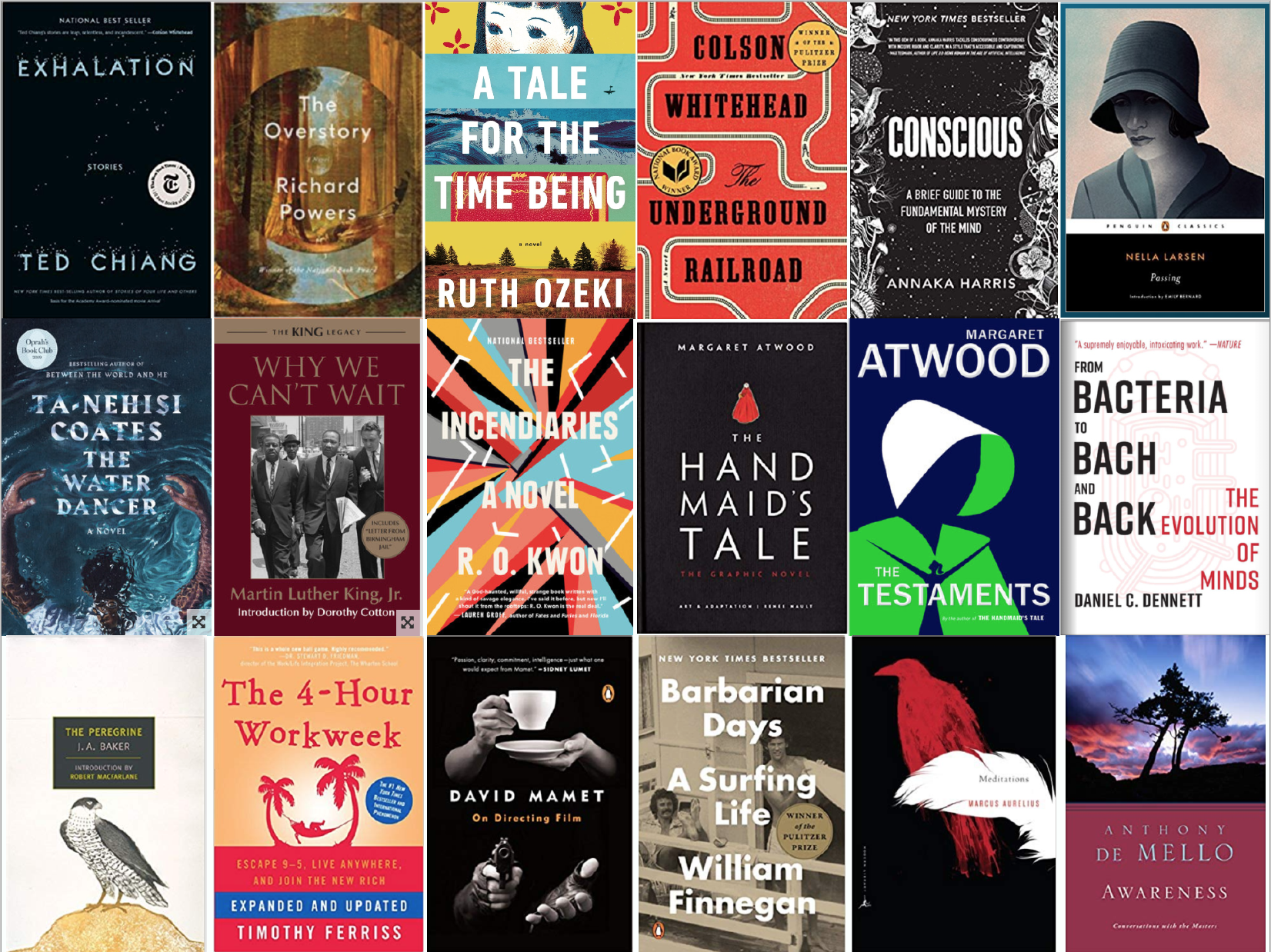 Last year, because of this email, I got called out pretty hard.

I always try to include a book list in each of these updates. The last one started a number of conversations, which in itself makes this whole thing worth doing, but one of the conversations caught me seriously off guard (in the best of ways).

A writer friend from my old eccentric coffee shop haunt sent me a note and let me know, in case I hadn’t realized (I hadn’t), my list was almost exclusively male authors and it was strikingly white.

My first instinct was to go on the defensive: My 2018 book list was heavy on the science and philosophy books, thus disappointingly and unsurprisingly, it was almost exclusively white male authors. It was society’s lack of diversity in those realms that was reflected in my booklist, not my own bias! And shouldn’t my intellectual patronage be solely about ideas and art and be unconcerned with race and gender?!

Luckily, before I finished hammering out my knee-jerk screed, I took a moment and reflected. Really, why were my choices of books so heavily skewed toward my own gender and background? The first thing I did was look to see if other more diverse options existed for the subject matter I was interested in. Of COURSE they did. I wasn’t surprised, but it made me dig a little deeper into why I had chosen the authors that I had. I came up with two primary reasons: The books had won awards and/or the authors were the anointed expert on the particular subject. Both great timesavers when choosing books but a poor way to build a diverse, healthy, free-thinking world view. Who is on the award committees? Who anoints experts? The answer to both is generally those within the entrenched power structure, which is more often than not white men.

I believe that it takes a concerted effort, at all levels of society, to elevate the disenfranchised and bring more voices to the table. This is obviously a MUCH bigger topic than I can cover right here and, again, I certainly don’t harbor any illusions that I’m making any real difference in the world with my book choices, but I realized that I wanted to make an effort to hear other voices. Still, even with this personal goal, my list is more than 50% male and many of the female authors are the token anointed. Here it is. Hit me up. Call me out. Let me know if you’ve read any of these titles and what you thought. I love these conversations, especially the challenging ones.

I’m proud of what our team has created. Lots of love in here. Each little momentary clip represents years of relationships and hard work. It’s always so cool to see it come together like this.

Right about now I was supposed to be preparing to head out on a sail boat with my favorite crew. I don’t know when we will travel again but for now here is some solid reminiscing about an otherworldly place I was lucky enough to visit and capture for The Moorings. 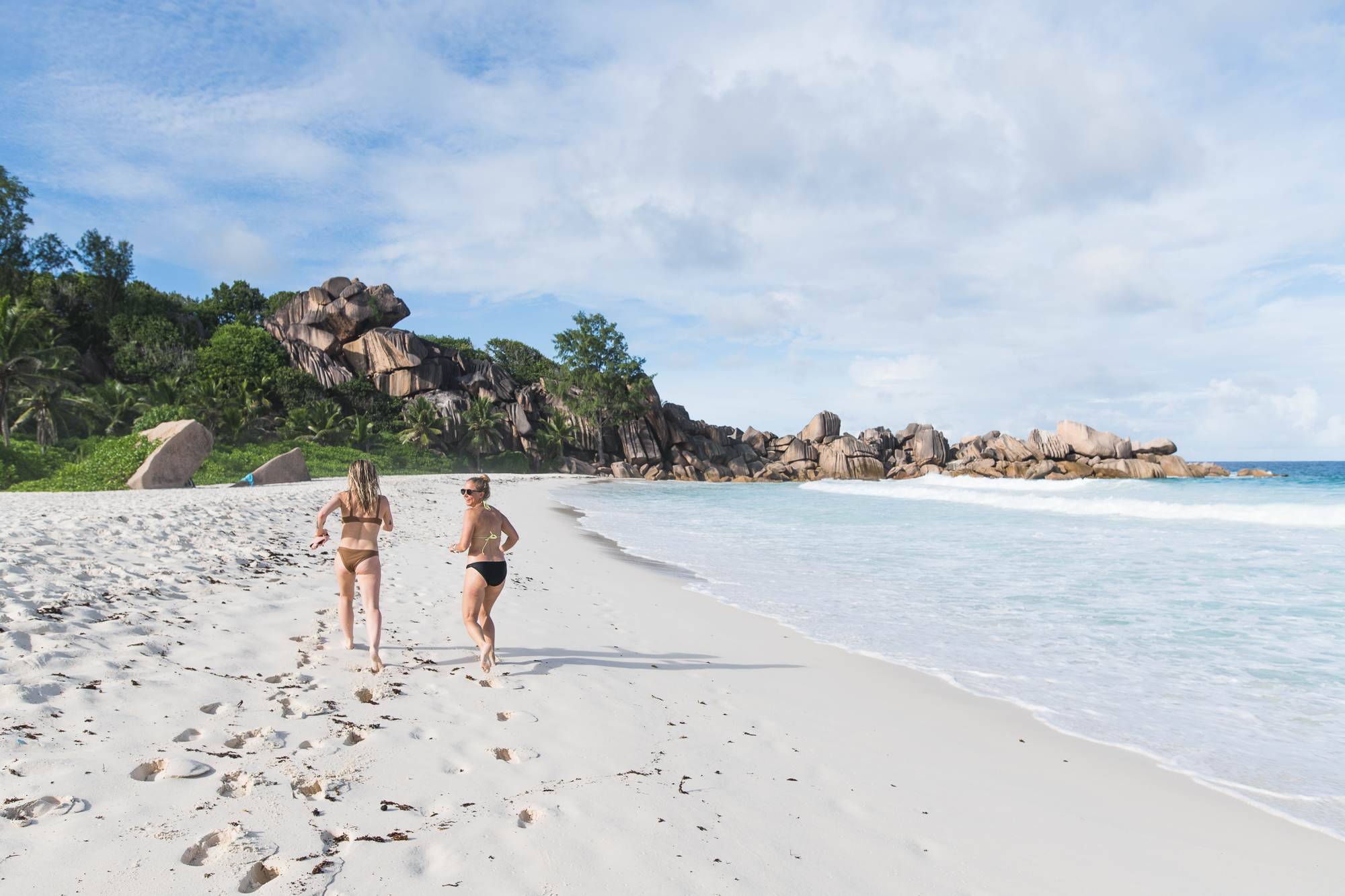 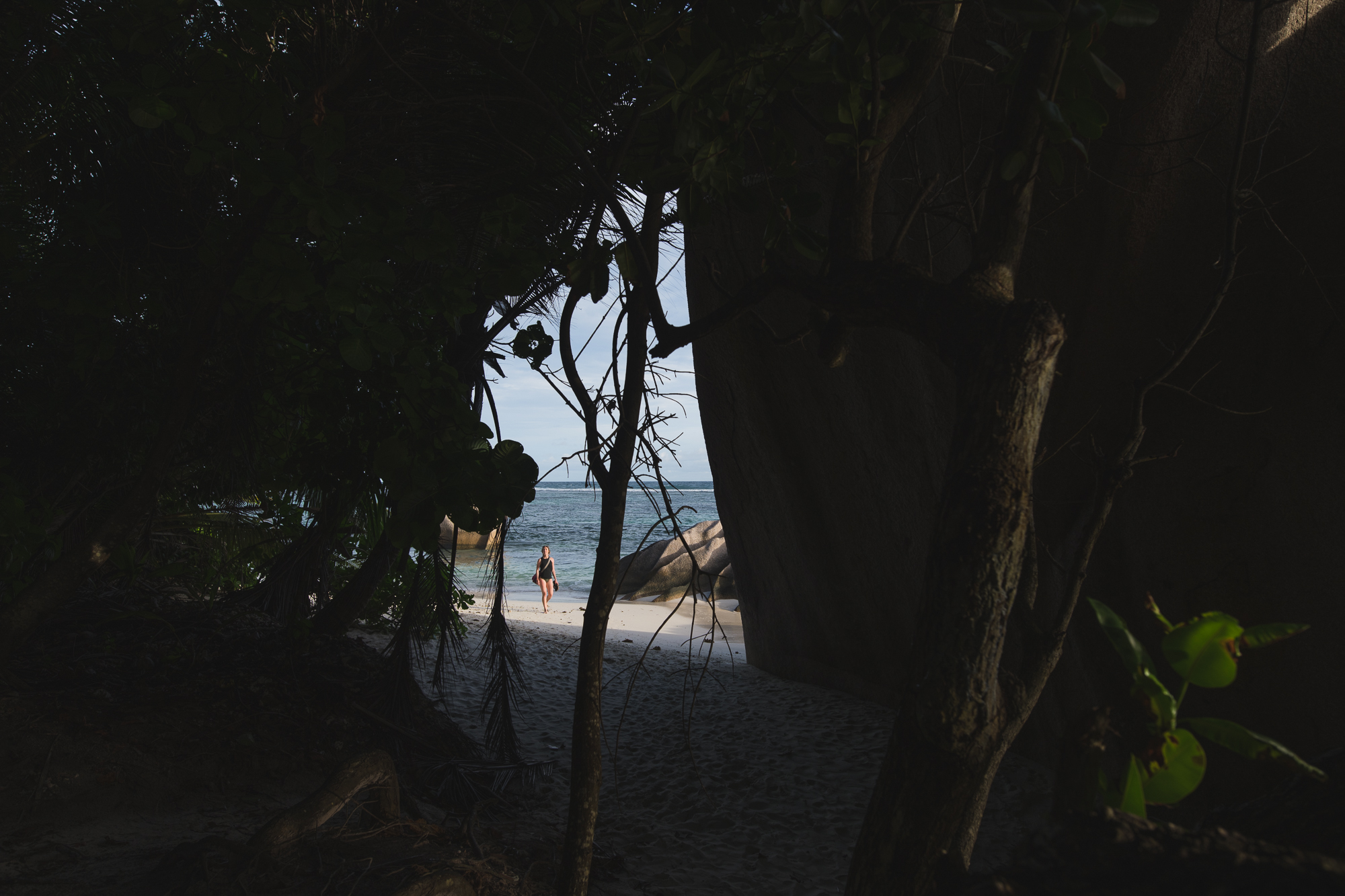 Located in the Indian Ocean, Seychelles is an archipelago of nearly 155 islands, most of which are uninhabited.
There are two regions within the archipelago: the granitic islands and the coralline outer islands. The granite’s are the only islands composed of granitic rock in the world, as well as the oldest islands; conversely, the coralline islands are mainly younger.
The island of Mahe is the largest of the group, and has a rocky landscape with a narrow coastal strip. The central part of island consists of a range of hills that rise upwards of over 2,000 ft. . 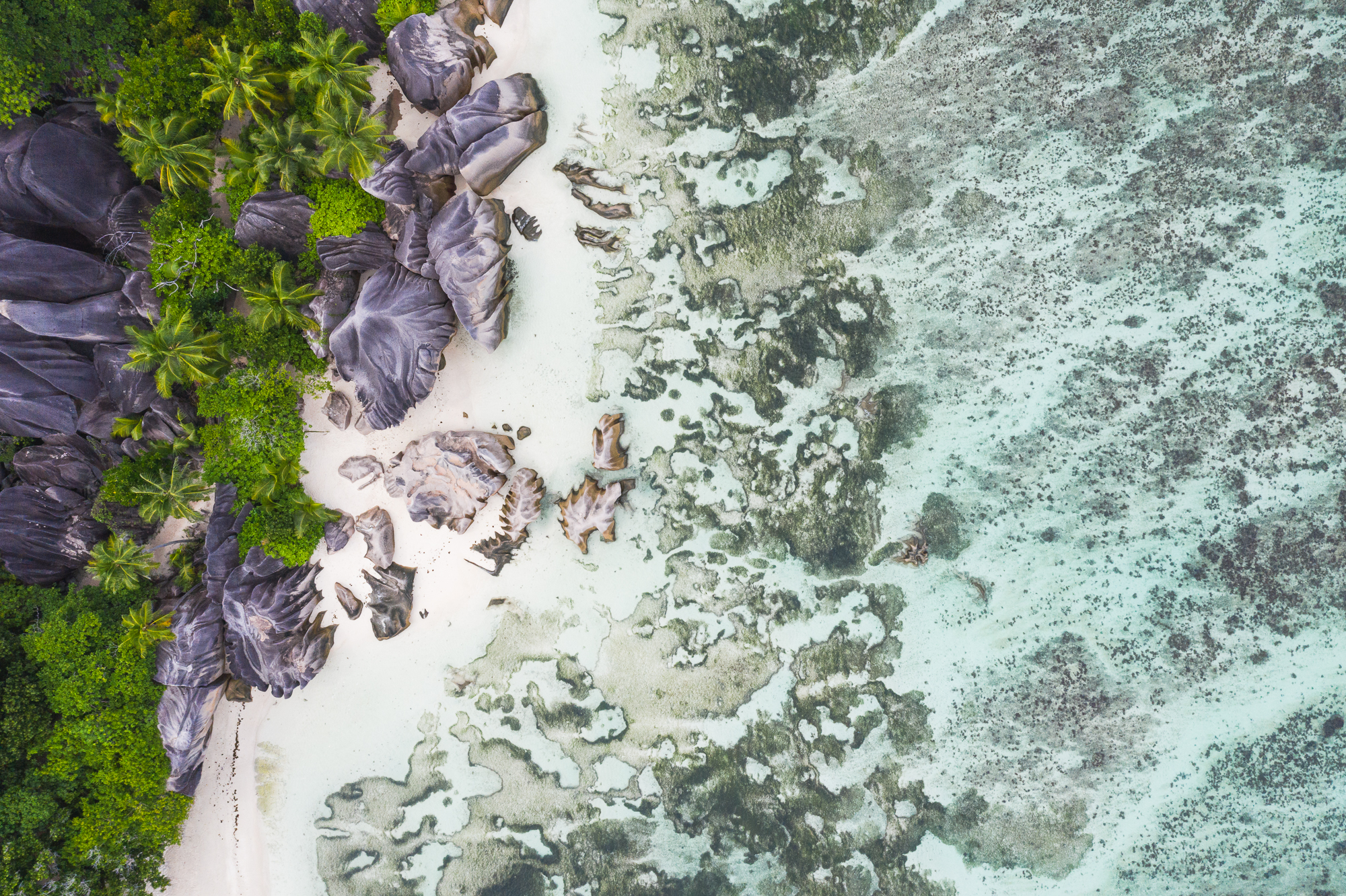 This water series is one of my favorites from my recent shoot in the Seychelles. @Smmydbs asked me if there were any shots that I personally really wanted to create while I was there. I realized that I had embarked on a huge mission to an amazing far flung destination without this mental list or real personal creative aspirations and I was a little ashamed of myself. Then, almost instantly, the entire catalog of one of my favorite photographers flashed through my head. I’ve been a huge fan of @morganmaassen for a long time. I think he might be my favorite image maker out there. His images and films are simple, evocative, often haunting, always beautiful. So I decided to try to steal his style for the day (I’m actually usually trying to steal his style a little bit). If you haven’t seen his portfolio or his Water films on vimeo, I suggest you do yourself a favor. Thanks @morganmaassen for the constant visual inspiration!⁠⠀ 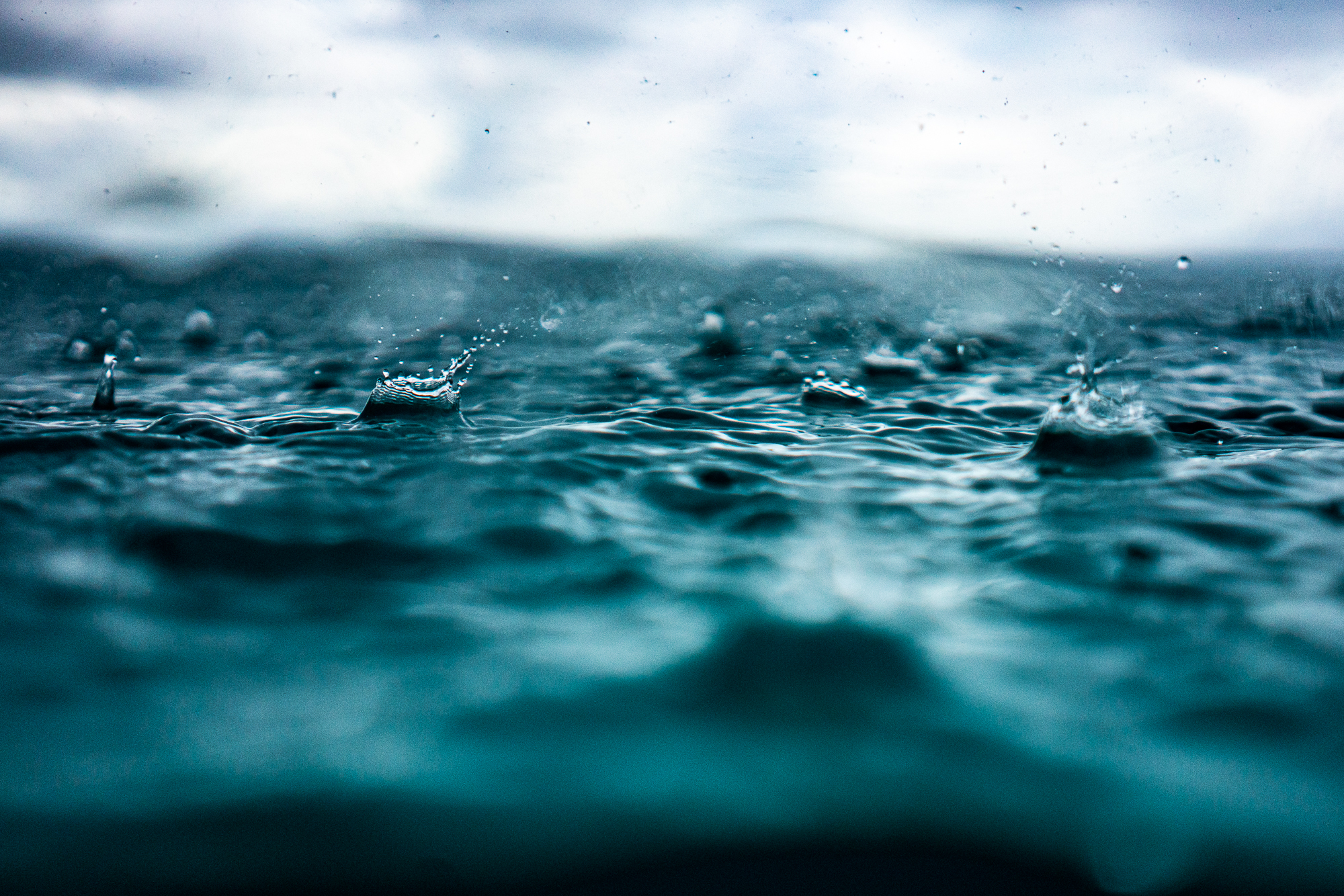 More about the Seychelles here.

One last share. I’ve found that long days working from home can sap my motivational energy. One tool I’ve found useful when I just need to buckle down and do something is the Pomodoro technique. The basic concept is to commit to concentrated work on a single item for 25 minutes followed by a 5 minute break. I find that I can mentally commit to 25 minutes and hold myself to it no matter how resistant I am to the specific task. There are books and a million apps about how to best utilize the concept but I find that simple works best. Check out Tomato Timer web app.