I am still struggling to find my voice. I’ve considered myself a writer since before I could possibly envision what that might mean as a career. My life as a public story teller began over two decades ago with a beautiful journal of culture and passion called Powder Magazine. The ethos of finding art, community, and meaning in the seemingly pointless and selfish pursuit of sliding on snow guided me through my twenties and thirties. I used the platform and education I was given through the magazine to extend my seeking to broader idea and audiences. Yet, the subject matter has always been focused, at least tangentially, on adventure – travel, cycling, hunting, mountaineering, etc.

This email has been my primary outlet for expanding the purview of my writing by sharing my interest in science, literature, poetry, and philosophy.

I’ll start by sharing a short poem I wrote to my future daughter (and current parasite residing inside my soon-to-be wife). Of which my mom remarked, “After she reads the first few lines she’ll want to jump right back inside.” Then an essay I penned about the death of Powder Magazine after publishing a story in The Ski Journal.. I’ll also share some of my favorite content consumption over the last few months.

The Death of Powder

Joy is worth celebrating at least as much as suffering is worth lamenting.

[This was obviously written before Nov of 2020]

We have lost 3 cultural institutions. Anyone who cares about skiing, surfing, or mountain biking has lost their culture’s bible. I owe my career, my community, and decades of many of the best moments in my life to Powder Magazine and those who have stewarded it for almost a half century. Still, as our news feeds bubble over with news of what feels to be an approaching apocalypse, does it really matter? As we careen towards perhaps the most consequential election in our country’s history, grapple with a national reckoning on race, a rapidly changing climate, and the loss of communal sense making, do we really care about the disappearance of a handful of periodicals dedicated to telling stories about the privileged people participating in niche sports?

I have been embroiled in an inner battle over some version of the question for my entire adult life. I will likely go to my grave without a fully satisfying answer. The questions of what to do with one’s life, what makes a meaningful life, and what really matters, have been at the center of human thought across all traditions since the earliest recorded philosophy. Any question about the worth of any pursuit leans on those bigger questions. I have struggled endlessly with these quandaries especially as they relate to my work. I’m privileged enough to be raised as a skier and a mountain biker, which say a lot. I’m a white, upper middle-class, straight, able bodied American male with loving parents. I basically was handed the gold medal in the privilege Olympics before I took my first dump. That said, skiing and mountain biking have brought endless joy to my life and have provided me with community, autonomy, self expression, confidence, freedom, and constant sources of awe: I feel a duty to…

To read the rest and learn the meaning of life, click here…

I feel incredibly lucky to get to do work that I enjoy with people I look forward to spending time with. Our core team, network of collaborators, and our client list all continue to grow and truly feel like family. We’ve done far more work than I can highlight here but I wanted to share a couple highlights from the past months.

We’ve been working hard with THOR Industries to find and tell interesting stories about inspirational people. Without making an explicit effort we found that the last 4 big stories have focused exclusively on powerful women doing awesome work. I can only share 1 of the 4 as the rest are to be released soon but they cover – Diversity equity and inclusion work in the mountain bike world, a climbing story centered around survivorship and empowerment, and an unlikely friendship centered around sharing the joy and healing of surfing and snowboarding.

I can share this short film we made about 2 sisters running their family business and promoting the freshwater life in the Great Lakes. 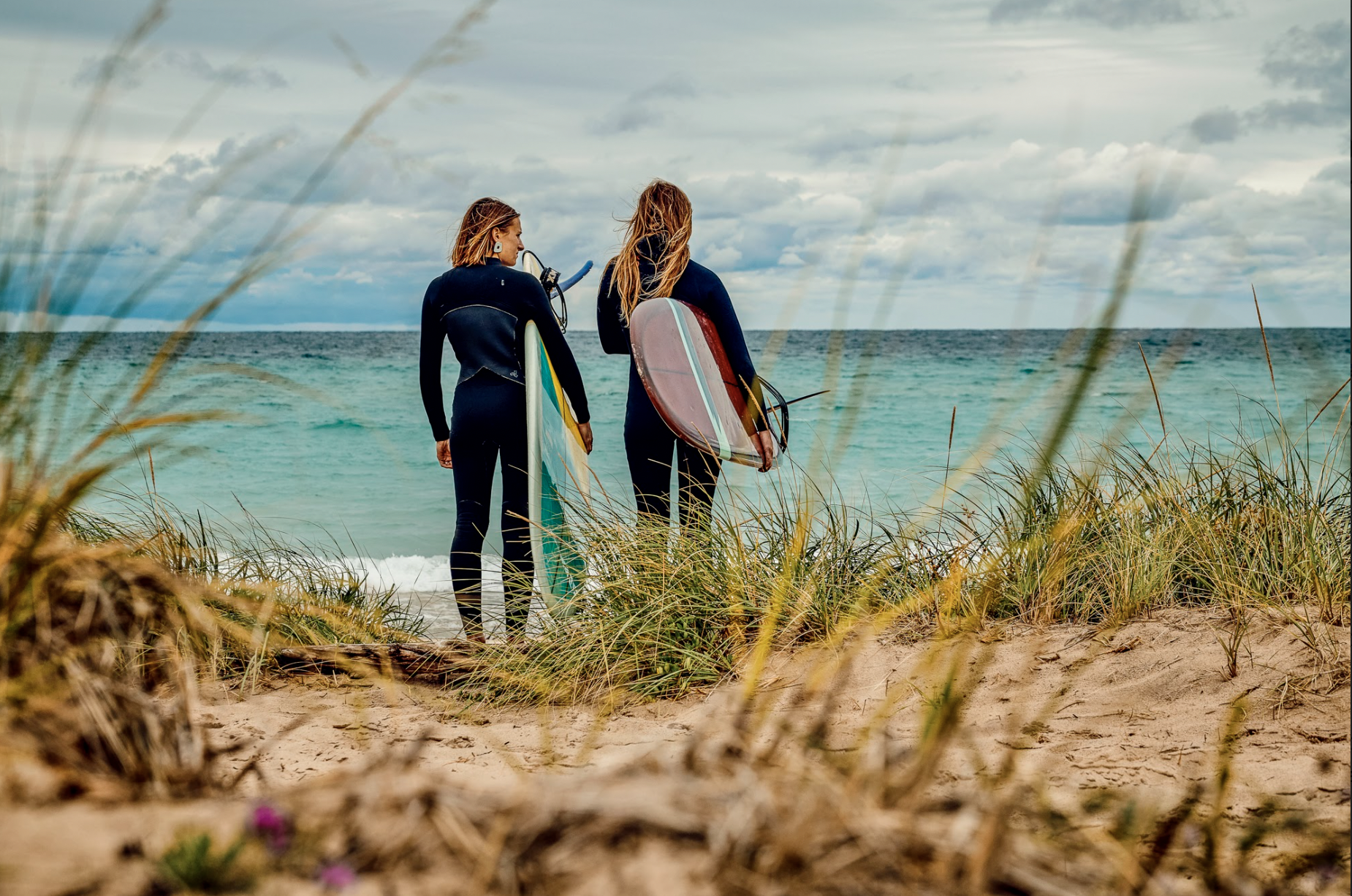 We have also had the good fortune of creating a ton of work for Smartwool both in the field and in the studio. Each of these shoots is an opportunity to spend time in our favorite places with new people who quickly become family. 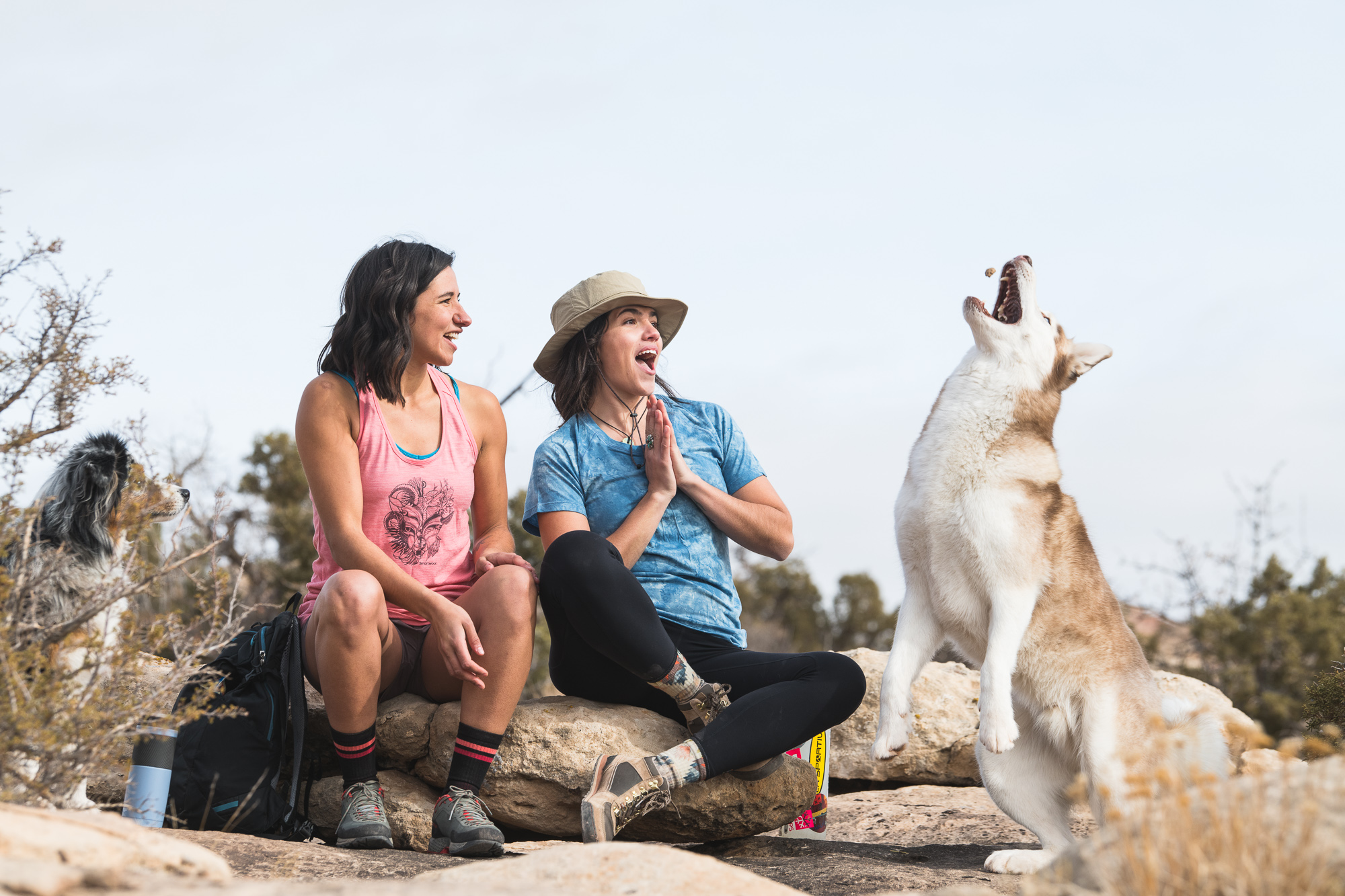 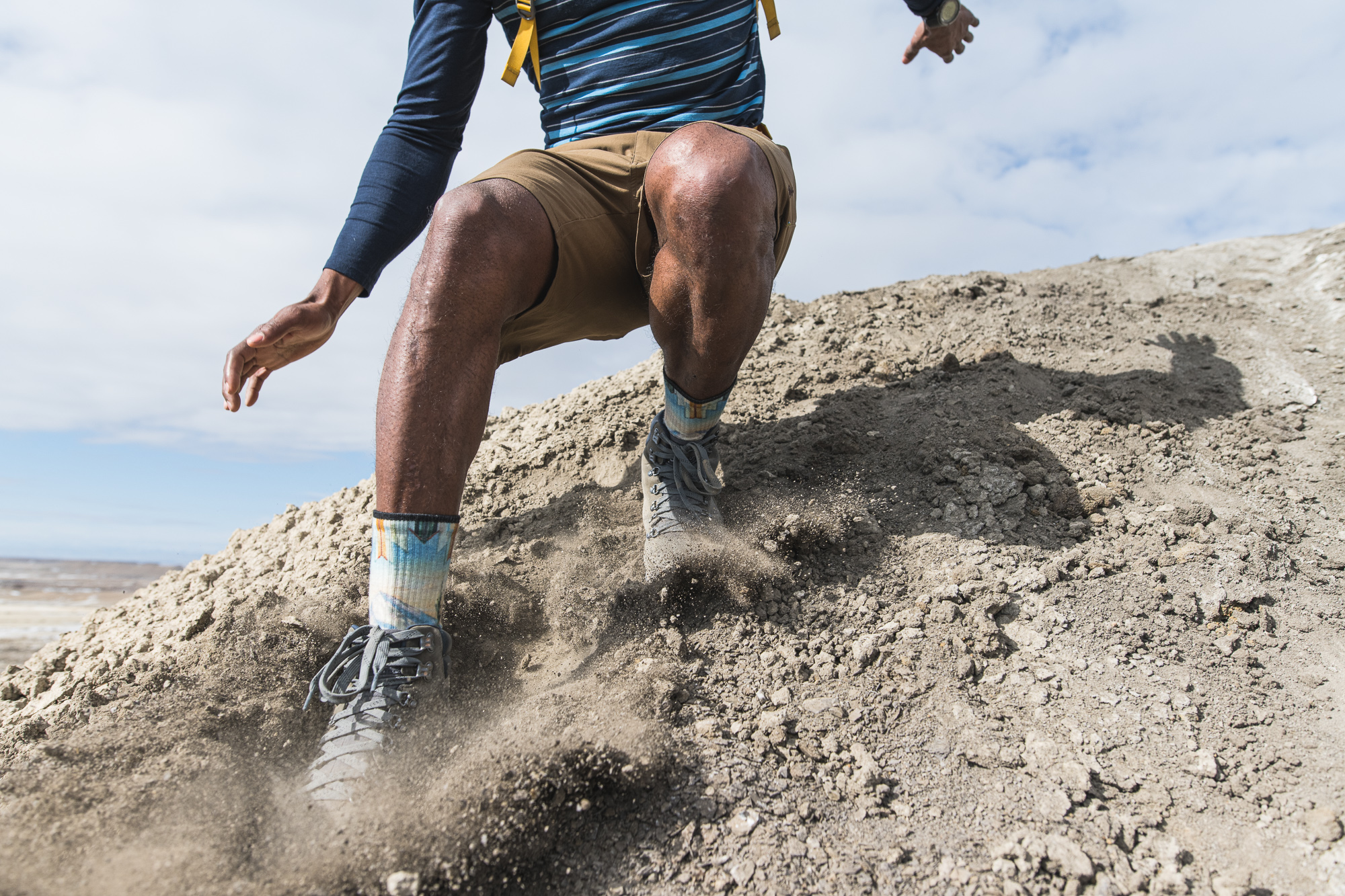 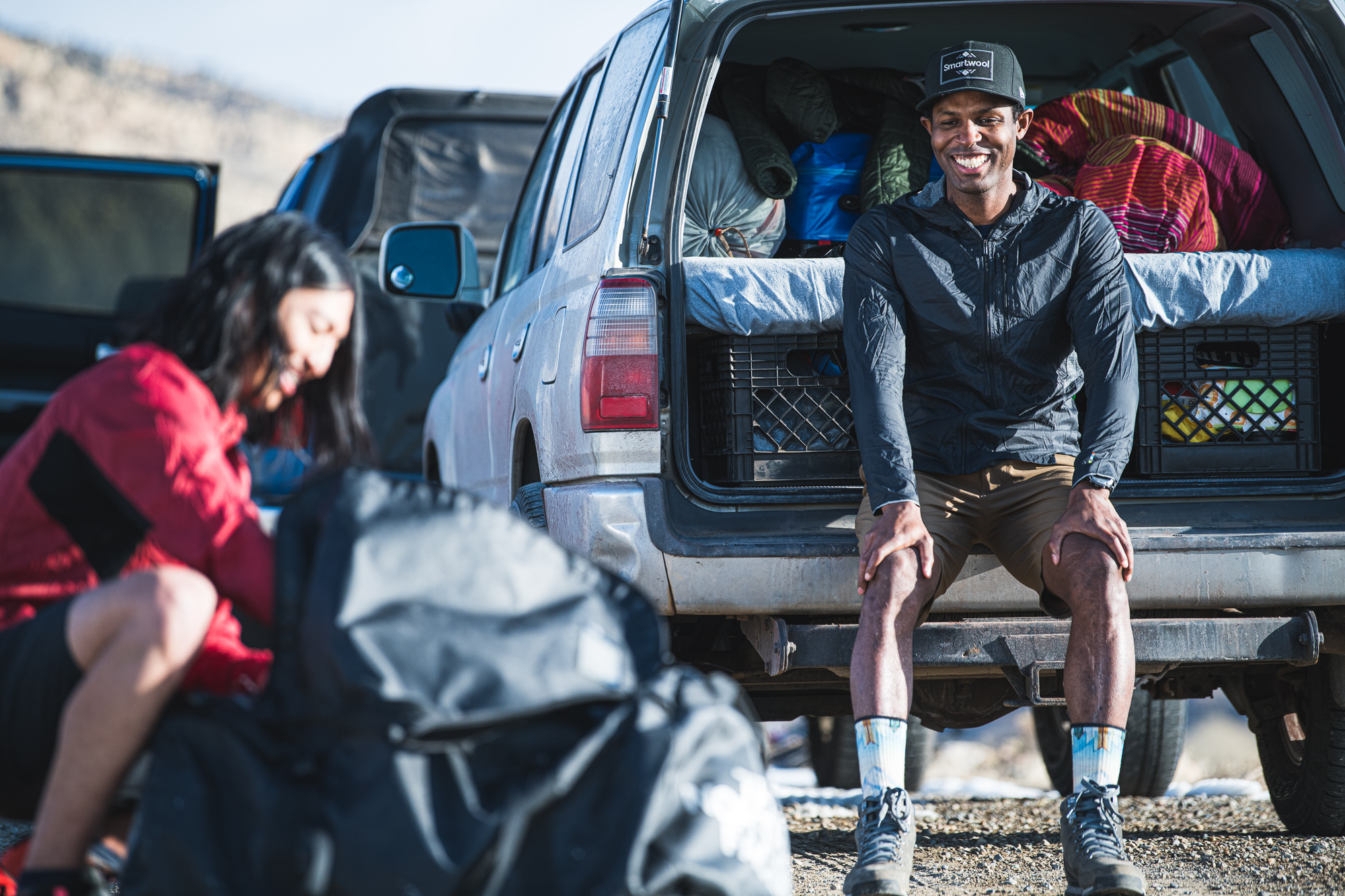 And then we go shoot turkey hunting in Tennessee with some good ole boys. That’s what I love about our work. Always something new. Alway an opportunity to learn from people with a different perspective. 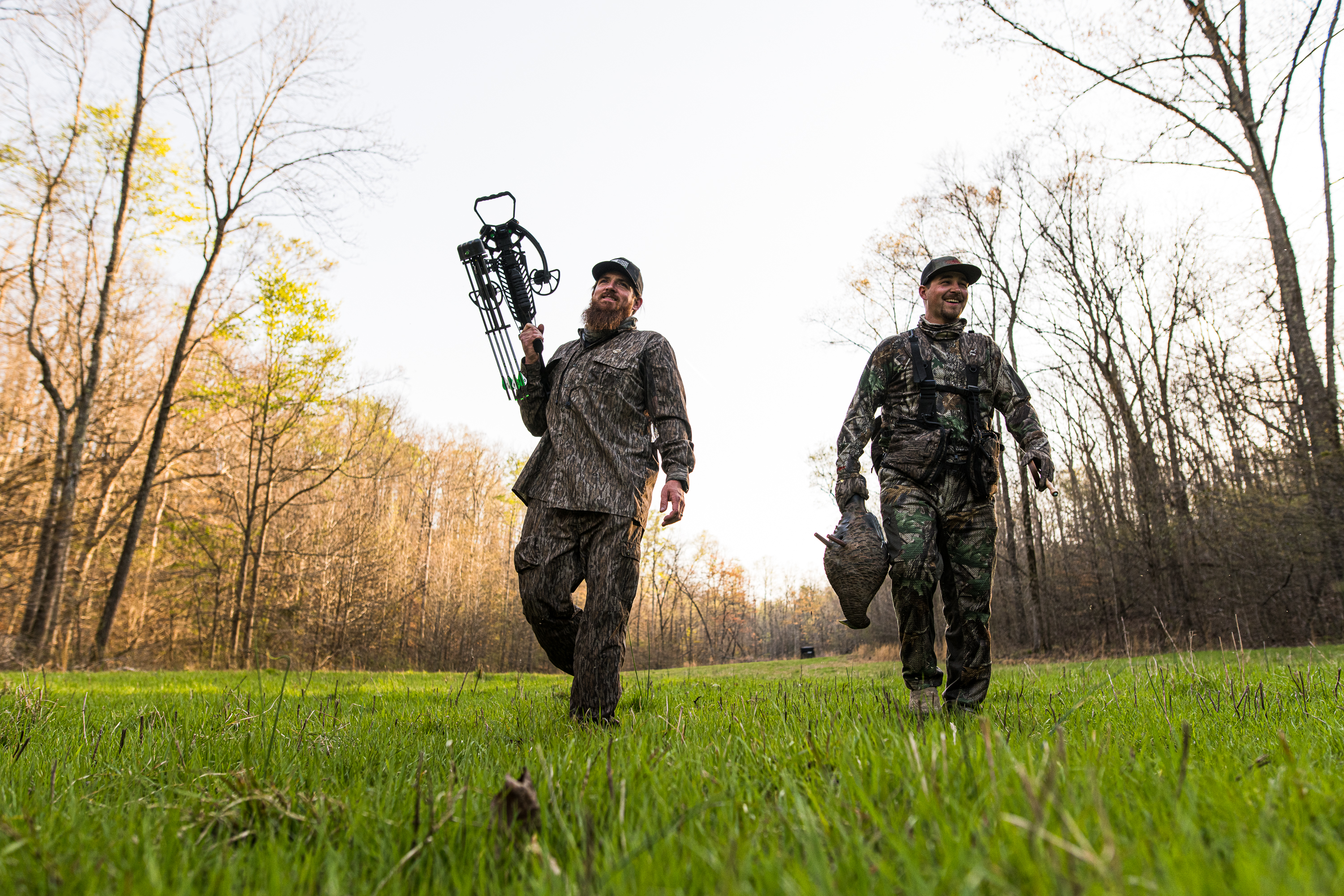 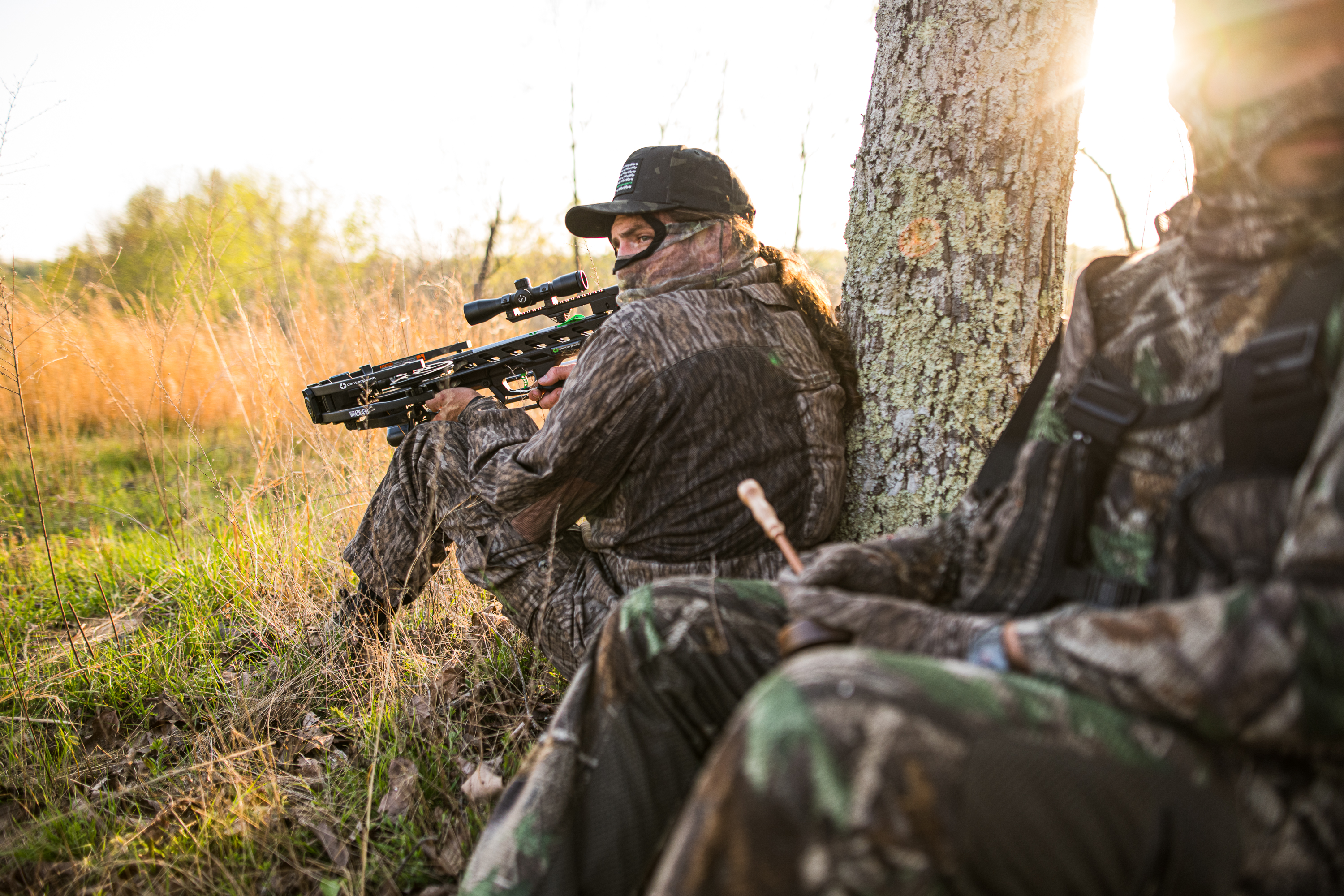 To see more of what TPW has been up to lately: CLICK HERE

I recently discovered a new podcast that has become somewhat of an obsession. Lex Fridman is AI researcher working on autonomous vehicles, human-robot interaction, and machine learning at MIT and beyond. While he has a slightly quirky personality and a monotone drone that matches his hints of Russian existentialism, he engages his guests not merely in the technical fields for which they are leading experts, but on questions of love, meaning, and beauty.

Some of my favorites so far (in no particular order) have been:

Both interviews with Vitalik Buterin –  Buterin is a Russian-Canadian programmer and writer who is best known as one of the co-founders of Ethereum. Buterin became involved with cryptocurrency early in its inception, co-founding Bitcoin Magazine in 2011.

Roger Penrose – Roger Penrose is physicist, mathematician, and philosopher at University of Oxford. He has made fundamental contributions in many disciplines from the mathematical physics of general relativity and cosmology to the limitations of a computational view of consciousness.

Ann Druyan – Ann Druyan is the writer, producer, director, and one of the most important and impactful communicators of science in our time. She co-wrote the 1980 science documentary series Cosmos hosted by Carl Sagan, whom she married in 1981, and her love for whom, with the help of NASA, was recorded as brain waves on a golden record along with other things our civilization has to offer and launched into space on the Voyager 1 and Voyager 2 spacecraft that are now, 42 years later, still active, reaching out farther into deep space than any human-made object ever has. This was a profound and beautiful decision she made as a Creative Director of NASA’s Voyager Interstellar Message Project.

Gary Kasparov– Kasparov is widely revered as the best chess player of all time and has been one of my favorite voices for liberal democracy and the dangers of authoritarianism.

Steven Pinker -Author of The Better Angles of Our Nature and Enlightenment Now, two of the most optimistic books about the current state of the world that you can find. Pinker is a cognitive psychologist, linguist, and popular science author. He is an advocate of evolutionary psychology and the computational theory of mind.

Christof Koch is a German-American neuroscientist best known for his work on the neural basis of consciousness. He is the president and chief scientist of the Allen Institute for Brain Science in Seattle. From 1986 until 2013, he was a professor at the California Institute of Technology.

Max Tegmark – Is the Author of Life 3.0, one of my favorite books about AI, consciousness, and intelligence generally. Tegmark is a delightful voice in the world of physics and philosophy.

Sam Harris –  Hopefully Sam needs no intro to my audience but… Sam is the author of many books on philosophy, mindfulness, and religion. Creator of the infinitely valuable app Waking Up (hit me up if you want a free month subscription) and endlessly interesting podcast Making Sense.

Books of the Year (so far)

–The Stories of Your Life – Ted Chiang – A treasure trove of ideas explored within simple engaging short stories. There is a couple really good podcasts from Very Bad Wizards discussing a few great stories and then they actually had Chiang on as a guest.

–The Truths We Hold – Kamala Harris – Interesting to dig into Harris’ life leading up to the VP.

–I Am A Strange Loop -Douglas Hofstedter – By far my favorite non-fiction of the year so far. Mind blowing ideas. If anyone has read this or GEB (Godel Escher Bach – his Pulitzer Prize winning book on the same subject matter) please hit me up to chat about it!

–The Vanishing Half – Brit Bennett – Beautifully told story of two light-skinned black twins who go on to lead radically different lives. I had read ‘passing’ stories before but this was fascinating, compelling, and beautifully written.

–Bird by bird -Anne Lamott – Lamott is hilarious, insightful, and endlessly caring towards her work, her students, and her readers. I will be revisiting this joy of a book anytime I need help turning off K-Fuck Radio or getting my butt in the chair to write my shitty first drafts (you’ll have to read it to get it). Lamott just did a podcast with Tim Ferris that I highly recommend. They dive into trauma, humor, writing, and how to build a beautiful life.

–Homeland Elegies – Ayad Akhtar – Holy shit. This book is incredible. If you want to have any understanding about what it means to be a Muslim in America this is a must read.

–Dawn – Octavia Butler – I’d always wanted to dive in to one of Butler’s worlds but had never picked up any of her books. It took me a few chapters to get hooked into her world (as it’s just not my usual genre) but once she got me, I was in!

–The Accidental Universe – Alan Lightman – I found this in a moment when I needed a reconnection with the awe of science and the cosmos. I’ll be searching out more of Lightman’s work for sure.

–The Unwomanly Face of War – Svetlana Alexievich – This one is a gut punch. For years I’ve made an annual habit of re-watching Apocalypse Now or reading something like The Things They Carried to remind me of the true reality and human costs of war that seem so dissociated when you read about current conflicts in the news. Based in WWII Russia, this might be the most potent book I’ve ever read on the topic.