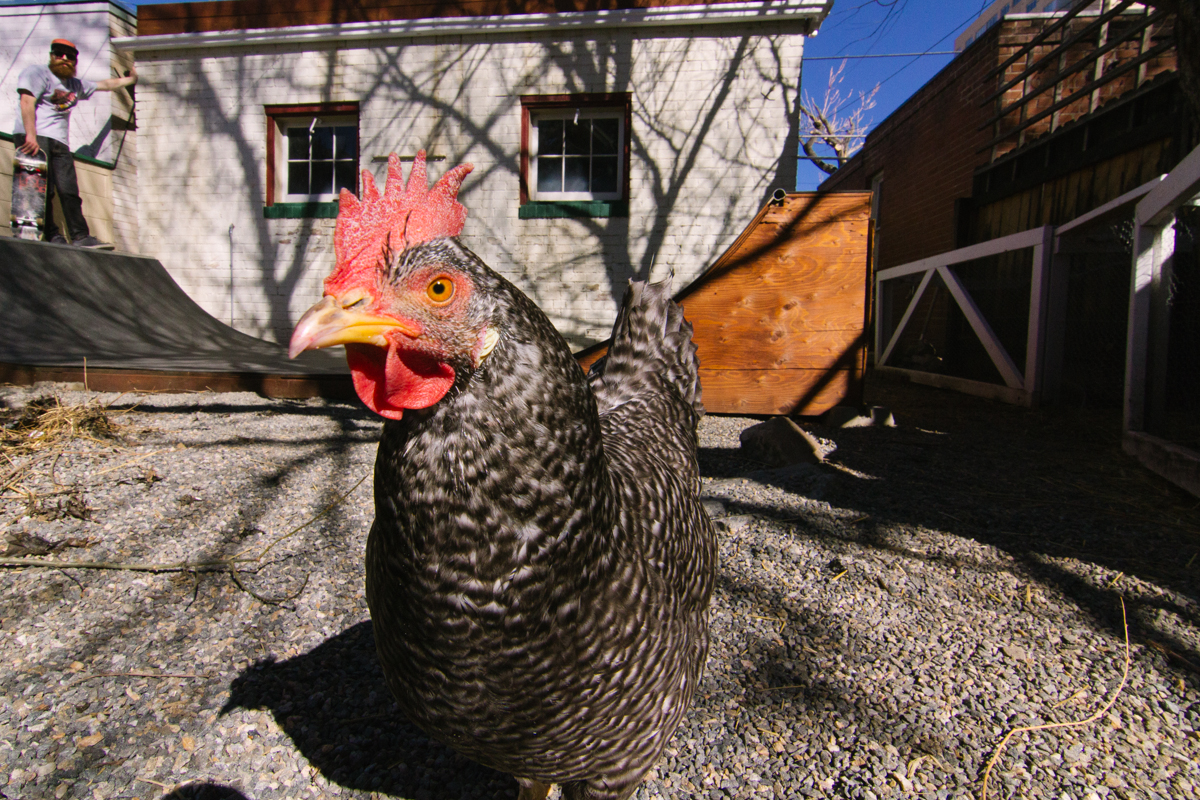 I write this sitting in the sun in my backyard while four beautiful birds, two black and white striated hens called California Greys and two colorfully mottled Ameraucana hens peck, scratch, and curiously explore the yard. Their jerky rhythmic movements are as hypnotizing as the dancing flames of a campfire. They coo soothingly from time to time. They sunbathe in patches of light on my deck or on the gravel of the Japanese garden. They prune themselves and observe the world, startled from time to time by any sound from a squirrel or train passing in the distance. Occasionally they startle and work eachother into a hillarious momentary frenzy. Their presence adds immeasurably to the backyard scene and to my life. They’ve earned the right to occasionally shit on my deck or my skate ramp before even considering the unparalleled deliciousness of the eggs they provide daily.

Around the same time that I decided I wanted to become a hunter, I also decided I wanted to learn to raise chickens. I wanted to produce more of my own food and chickens seemed like the perfect compliment to hunting and gardening. It has been an interesting challenge with plenty of (mostly poop related) difficulties but it has been a fulfilling journey that I am proud to have set out upon.

I am lucky enough to spend a huge amount of time in beautiful natural places for both work and pleasure and those experiences have imparted in me a feeling of stewardship for the earth and those beautiful places. That feeling initiated a process of investigating how I could make some positive impact on human relationship with the earth as well as help reduce our negative impact. I felt the first step was to modify my personal life to match my developing belief system. I wanted to live a more connected, examined, thoughtful, and responsible life and I found that food was the natural place to start (I’ll write another blog post about why food).

The first year I harvested an elk I decided that I wouldn’t eat beef for a year. The following year, after learning far more about out food industry, I decided to swear off all meat, besides fish and shellfish. These decisions were based on my impact on the planet and voting with my dollars more than on personal health. However, I do take my health seriously and I live an extremely active lifestyle. My body tends to crave more protein than I get from a few portions of elk or fish a week. Adding fresh organic backyard eggs to my diet has been the perfect solution.

More about building the coop and learning to raise chickens coming soon.