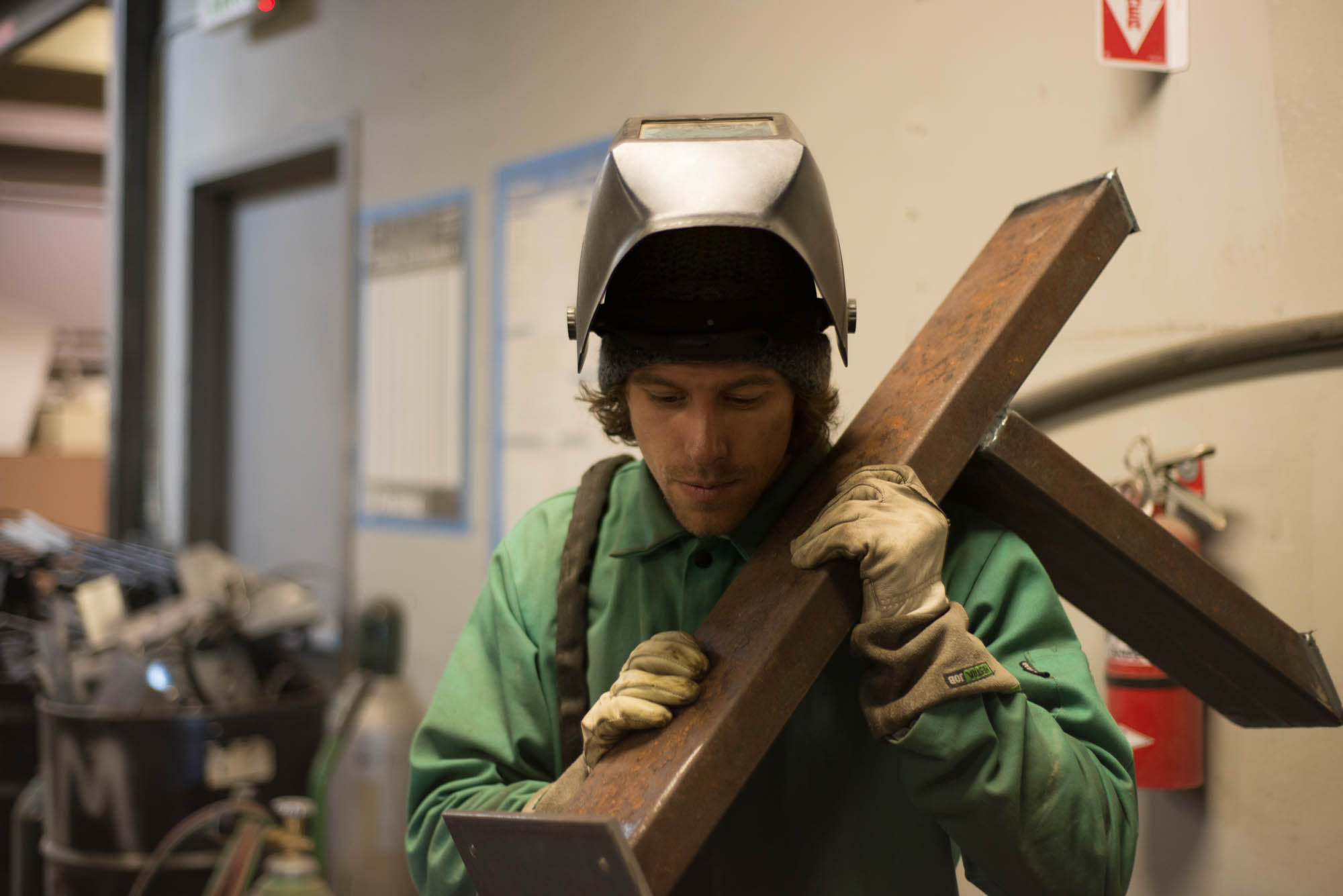 There is little more satisfying in life than to take an idea and turning it into something real. This is true for anything; a business, a webpage, a song, a painting, or a photograph but, for me, it is even more true with a tangible physical end product. Taking a raw material or material with a previous life and manipulating it to create a vision for a new life is deeply satisfying.

We don’t know exactly where ideas come from. That is why so many artists talk about their work flowing through them. Religious artists talk about channeling the voice of God. There is a consensus among creators that often times the best ideas seems to come from elsewhere. The word genius originally referred to a guardian spirit. You were not a genius yourself, you were visited by a genius that brought you an idea. In reality, ideas are an amalgamation of everything we’ve ever experienced, all our thoughts and feelings and memories, the neural network that comprises who we are and all we’ve done. When that network makes a new connection, connects the dots, categorizes two seemingly disparate things in cross referenced bins, we call it an idea. It happens with frustratingly unpredictable spontaneity (the most creative ideas never come right when you want them to) so it feels like it comes from outside of ourselves.

Once the idea pops into our consciousness, we have the choice of if we want to nurture it. Is it worth protecting and nurturing? So often ideas are referenced in terms of fire or electricity: a spark, lightning striking, the cartoon image of a lightbulb in the thought bubble. I think of them as an ember. Once the ember is created in your consciousness you have a choice of how to treat it. If you ignore it, you can allow it blow away into the breeze, likely it will just go out or it might start a fire elsewhere. However, if you choose, you can protect and nurture the ember, you can put it in a nest of fuel and breathe life into it.

This is how I look at making things. It’s the process of taking that little ember. Something amorphous and fragile existing only in the impossibly complex electrical storm in the neural network of your brain, and turning into something someone else can see, or feel, or touch. Then, if you’ve done your job, you’ve transferred that idea to someone else’s brain. In some ways we do this every time we write a note or an email, every time we open our mouths to speak, but somehow it just feels so much more potent and beautiful when it manifests as a physical product that you can touch, and feel, and use.

Another beautiful part of the process is that no idea is created in a vacuum. They are all products of the people we surround ourselves with and the places we dream them up. The same way identical twins can have the same DNA but be totally different people, even in their physical characteristics, the way an idea is expressed is much dependent on it’s environment. This table is not just mine, it’s a collaboration of thoughts and ideas of the super talented crew at The Public Works and the beautiful shop I built it in.

By a happenstance encounter I was able to trade @finartco some Oregon made whiskey for this 14' chunk of ugly wood and now I'm slowly managing to transform it into something (hopefully) beautiful. The wood's history is mysterious. It's a big piece of old growth pine that was probably used at one point as a beam in something: a house? A ship (probably not)? At some point whatever it was caught fire and in the wood's next life it must have been less structural because someone made some simple aesthetic patches and painted over a portion. Interesting to let your imagination run with the stories it could tell. Anyone know anything about reclaimed wood forensics? There are 65-70 visible rings so it lived quite a life before any of that man made history even began. #woodworking #wood #whiskey #history #furniture #makeshit #powertools

This is a table that I made from a Denver cottonwood tree saved by a local arborist and given to me by a friend that has since passed. I built it with steel channel in the center to give more width and to fill with river stones, succulents, and air plants. The table legs are a-symmetrical steel beams left over from the construction of the battery621 roof deck and aged (rusted to shit) in the back lot. The benches are from a 100+ year old beam that had several lives of its own before I traded @finartco a bottle of whiskey and some stories for it. They are burnt with the Japanese sealing technique, Shou Sugi Ban and finished with conversion varnish.

I need to take some proper photos of the table and benches but I haven’t had a chance and if I wait I’ll never get this blog post up.
Likewise for all the things I’ve built for my home. Until then, here’s a quick peek at my chicken coop and claro walnut and steel coffee table. 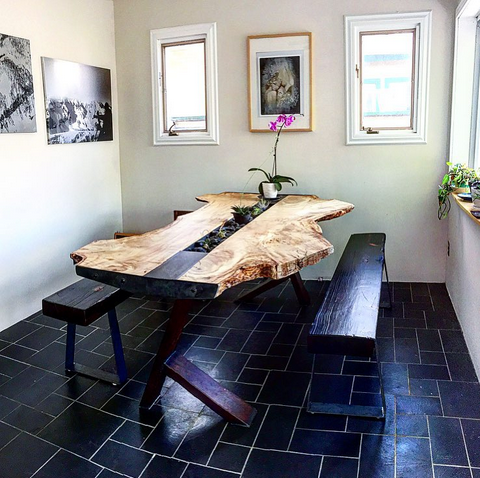 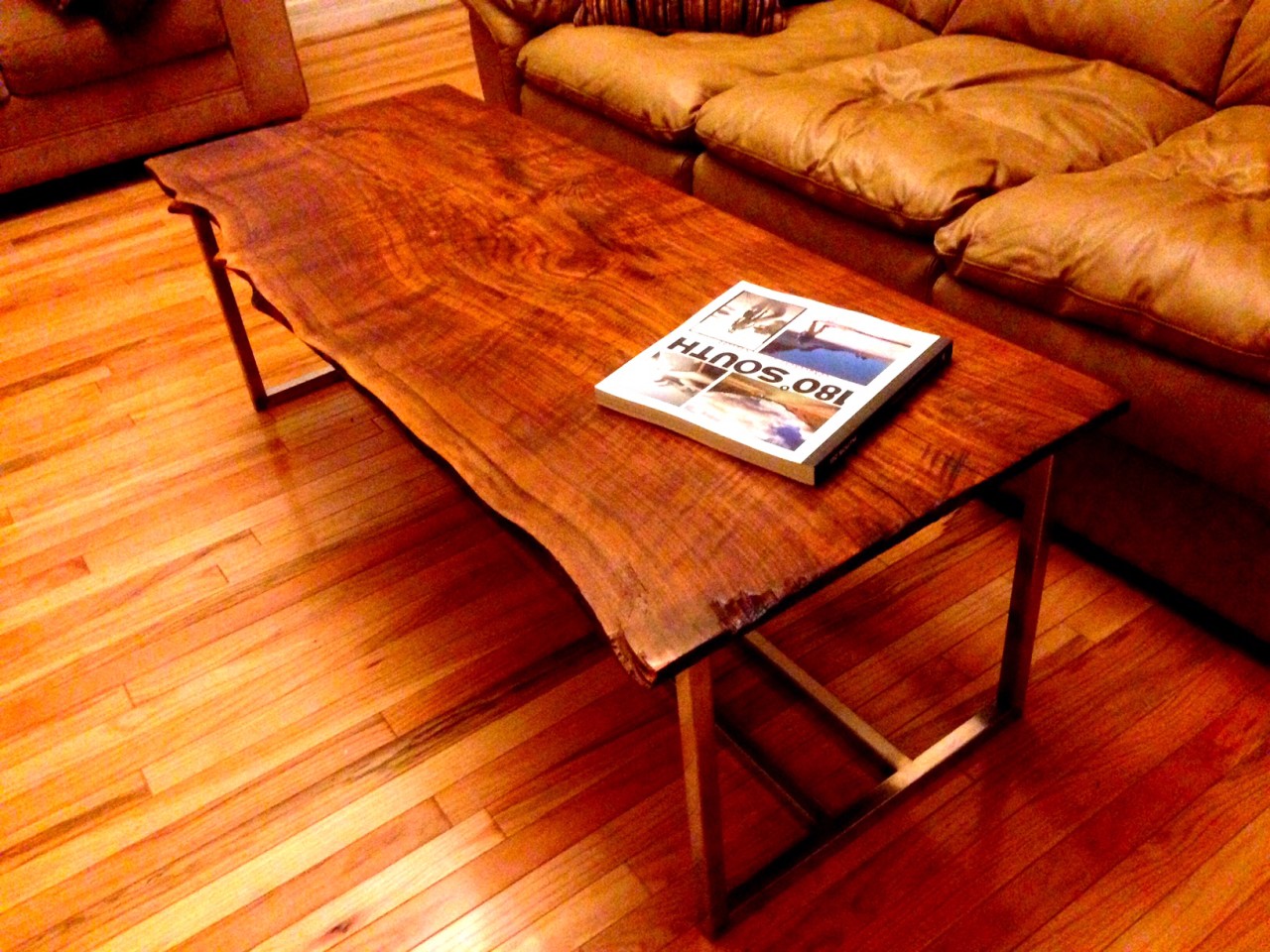 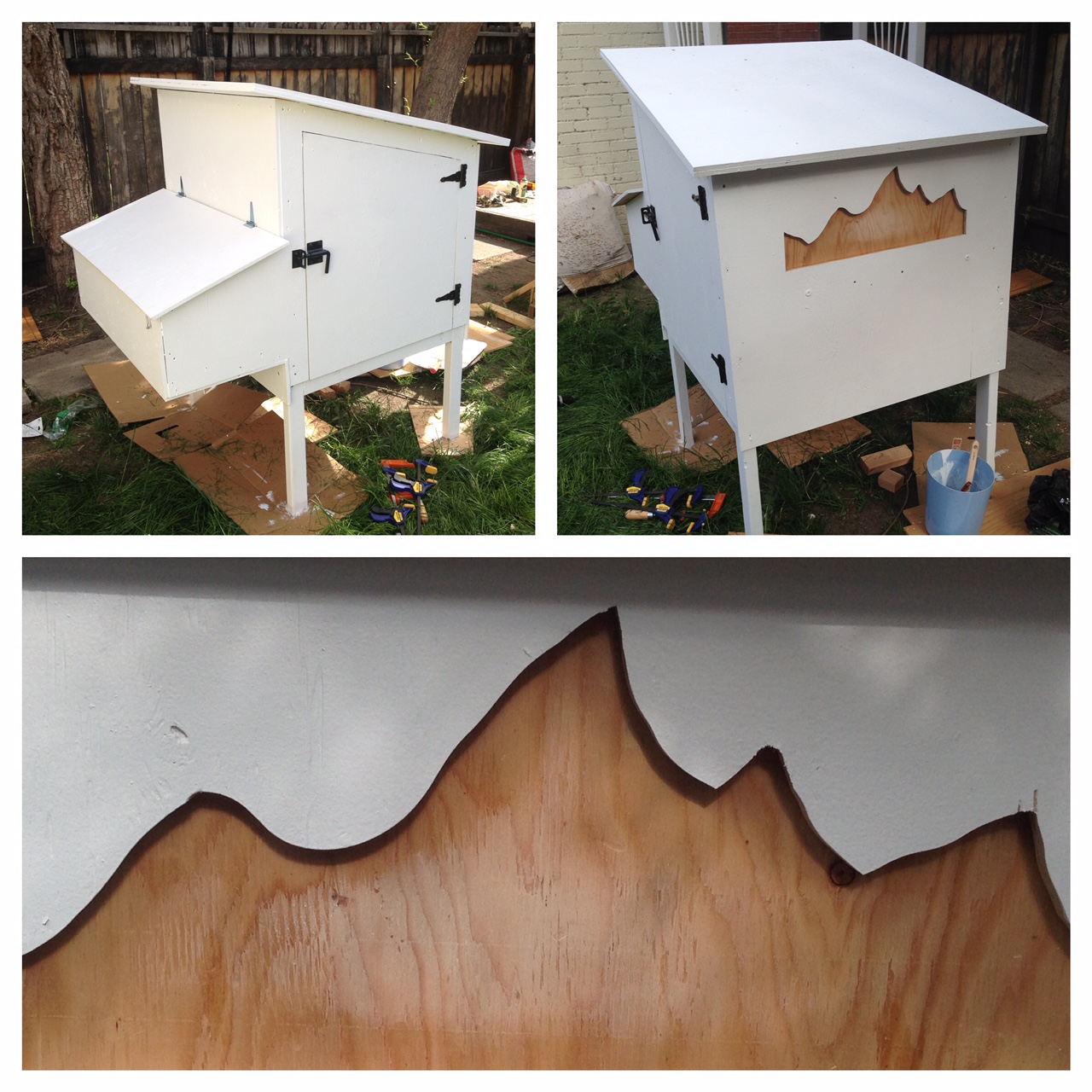 After a year plus of work… 10 minutes here, an hour there… My vision for my dining room table is a reality. Here's a little advance preview of the final product. I'm working on finishing the benches and then I'll share the whole deal. Stoked on this thing! Hope I get to break bread with all of you at some point on this beast. I couldn't have thought about making this thing if it wasn't for @thepublicworks @kristianolof @swedishballs @roadtoantipode thanks guys! #furniture #woodworking #metalworking #metalwork

Earlier this week I went on a bike ride with an intention (but not much expectation) to manifest the right piece of wood for my benches. I had a vague idea of what I wanted but no clue where to find it. I checked the Habitat for Humanity Re-store with no luck and then while meandering around on my bike I wandered into a nondescript mill. I figured I'd get kicked out by a millworker in no-time but instead I found a hidden gem. @finartco is a group of awesome humans making beautiful furniture in a badass hidden workshop. Ben, one of the owners, was cool enough to talk shop with me and give me a tour of their perfect space and beautiful work. When I mentioned what I was looking for he took me straight to the perfect piece. I asked how much he wanted and he said "how bout some whiskey". I immediately grabbed the truck, @roadtoantipode, and a bottle of Pendleton. We ended up drinking beers and whiskey with the crew for almost an hour. I don't know the whole story of this ugly (but perfect) piece of timber but this was a pretty fortuitously perfect start to its next chapter. Hope you all have your asses on this thing sharing a meal or more whiskey with me at some point soon. #denver #community #woodworking #random #makeshit @thepublicworks